By
Armand Cabrera
Yoshida Hiroshi was born Ueda Hiroshi in Kurume, Fukuoka Prefecture, Japan on September 19, 1876. His father was Ueda Tsukane. As a child his artistic talent was recognized by one of his teachers, Yoshida Kasaburo who adopted the boy and saw that Hiroshi had formal art education with Tamura Soryu in Kyoto, Japan. There he met Miyake Katsumi, a watercolorist who recommended the now eighteen year old Hiroshi study in Tokyo, at Fudosha, the private school of Western Style painter Koyama Shotaro. Hiroshi’s interest in Western painting inspired him and his friend and fellow student, Nakagawa Hachiro, to travel to America to sell their art. 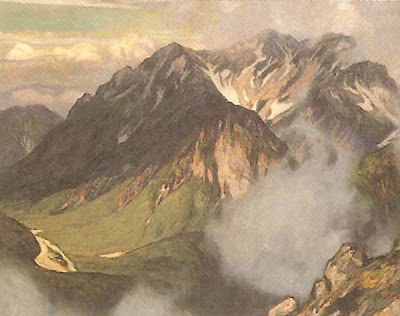 While in America, the two friends had successful shows in Boston, Washington, D.C. and Providence, Rhode Island. The two young men made enough money to tour Europe before returning home. On his return in 1902, Hiroshi helped formed a new painting society called Taiheiyo Gakai. In the society’s first exhibition, Hiroshi showed 13 oil paintings and 10 watercolors. In 1903, at the society’s second exhibition, Hiroshi had 21 entries. The success from these shows led to another trip to the United States with his step-sister Fujio, also an artist. The two held twelve exhibitions and also traveled to Europe. They returned to Japan in 1907 and married that same year. The couple had two sons, Toshi and Hodaka.
In Japan Hiroshi’s success as a Western Style painter grew rapidly. He won many awards for his watercolors and oils. His work was reproduced in magazines and newspapers increasing his recognition to the public. 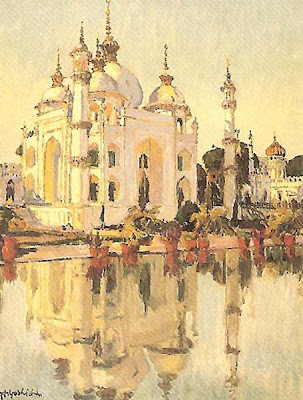 Hiroshi became interested in woodblock print making around 1920 and in 1925 he established the Yoshida Studio. His inspiration for his woodblock prints was to combine traditional woodblock printing techniques with western style images. Hiroshi learned the skills of a carver and printer and often carved his own blocks. He personally supervised every stage of his prints. The characters “JIZURI” (self-printed) are in the margin of the prints made during his lifetime under his supervision. He produced some of the largest prints ever made and his quality control over the prints in his lifetime is unsurpassed. 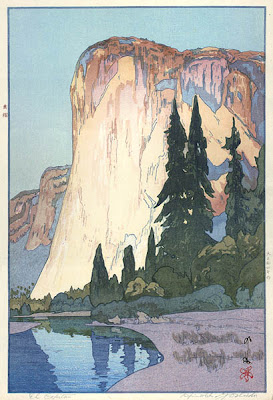 Images of his travels to exotic places found a waiting market for him in America, Europe and Japan. Hiroshi’s subtle sense of color, complex compositions and powerful designs proved his mastery of the medium. Although Hiroshi continued to paint in oils and watercolors the rest of his life, he would be remembered for the fine quality wood block prints he produced. Yoshida Hiroshi died in 1950. His sons Toshi and Hodaka and their wives carried on his tradition of excellence in the arts. Toshi’s son, Tsukasa Yoshida is now director of the Yoshida Studio, producing modern woodblock prints. 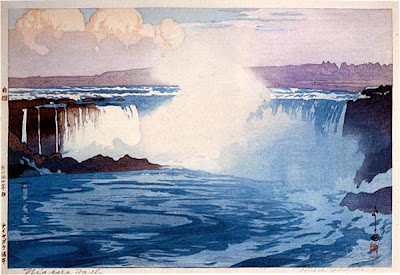 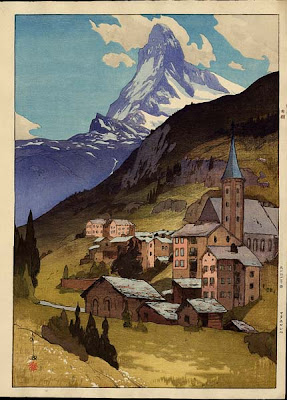 QuoteI have never met any artist who is painting work similar to mine. This realization made me persevere and develop my own style of painting.
~Yoshida Hiroshi