William Andrew Loomis was born in 1892 in Syracuse New York. His family moved to Zanesville Ohio and Loomis returned to New York city to go to art school at the age of 19. He studied under George Bridgman and Frank Vincent DuMond at the Art Students League. At the age of 23 he moved back to the Midwest to Chicago to work making streetcar posters for the Street Railways Advertising Company. 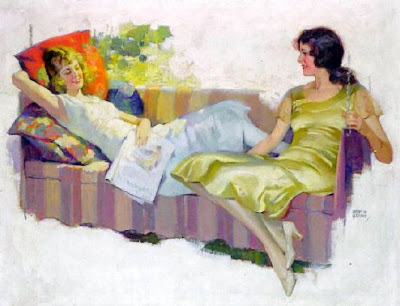 In April of 1917 the United States entered World War 1 by declaring war on Germany. Loomis enlisted in the Army and served 20 months with the US Army Engineering Corps, serving ten months in France. In 1919 Loomis married Ethel Olson and the couple had four children together. 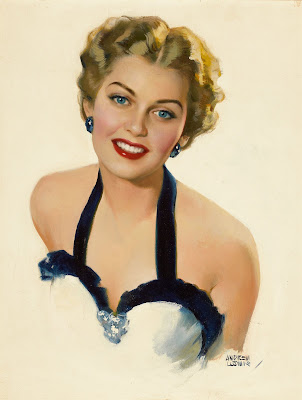 After the war Loomis returned to Chicago to work for The Charles Everett Johnson Advertising Art Studio followed by Bertch and Cooper Studio. Eventually Loomis opened his own studio in 1922, working in editorial and advertising for most of the top clients of the time including Kellogg’s, Coca Cola, Lucky Strike, Palmolive Soap, Ladies Home Journal, The Post, Redbook and Life magazine. While on a trip to Hawaii the Loomis passed through Southern California and decided to move there in 1938. 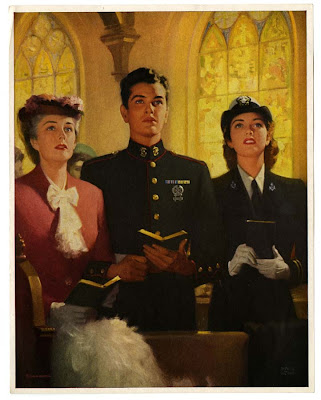 As successful as Loomis was as an illustrator it was his books on illustration and art that he is remembered for today. The six books are Fun With A Pencil 1939, Figure Drawing For All Its Worth 1943, Creative Illustration 1947, Successful Drawing 1951(and its revised edition 3-Dimensional Drawing), Drawing The Head And Hands 1956 and Eye Of The Painter 1961(finished by his wife and published two years after his death in 1959). 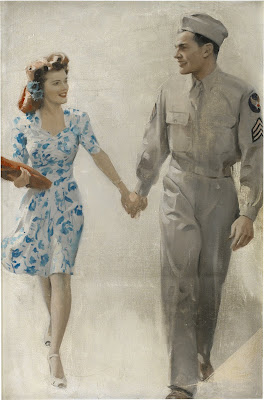 Comic book artists, illustrators and anyone interested in a career in art bought his books and kept most of them in print for over fifty years. Literally generations of artists have sought the knowledge he wrote down in these important books and their effect cannot be ignored. For me, when I found out about them in the late seventies these books were the only information on painting and drawing realistically available for serious students. Out of print at that time, these books were like the Holy Grail and before the internet you had to hunt them down in used books stores to find them. I can still tell you where I was when I found each copy I own. Here was real information, not some gimmicky writing on how to paint trees or flowers. These books taught the fundamentals of picture making and were written by a master in his field. 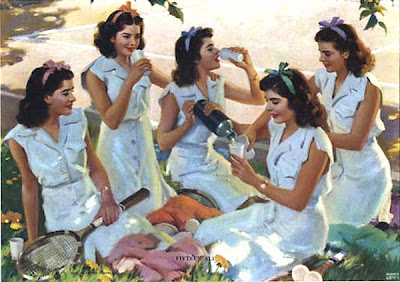 Hopefully Loomis will be given the proper respect for his art and writing at some point and a monograph will be created featuring his beautiful paintings. 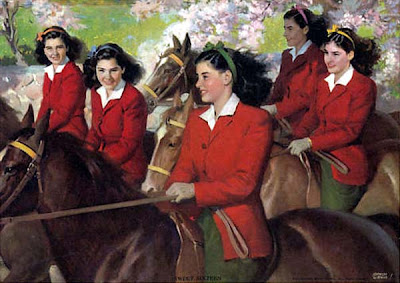 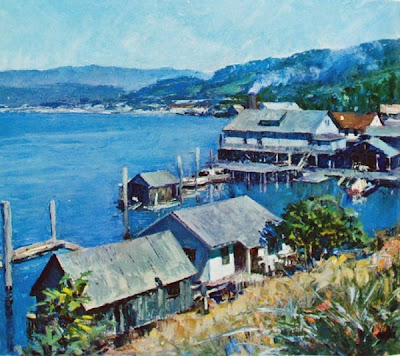