No person gets to be successful without learning to deal with all the little failures and setbacks that are part of the experience of any worthwhile endeavor. 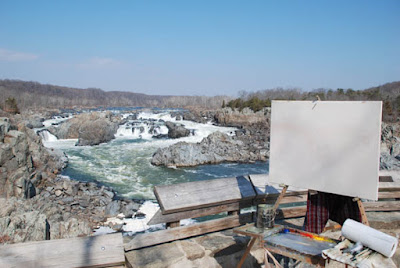 I have learned many things the hard way, most of my life. This comes from jumping into things too quickly. Sometimes it works and sometimes it doesn’t. 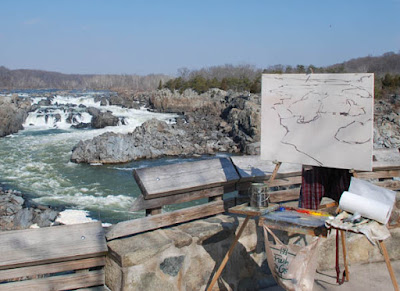 I have always had a stubborn determination to finish what I start. This drive to paint through any difficulty has helped me to get to this place in my career but not without the pile of bad canvases that usually don’t see the light of day. As I have aged I’ve tried to be more thoughtful at the beginning of the process without sacrificing passion. This is easier said than done sometimes. While emotions are good they can also cloud ones judgment. 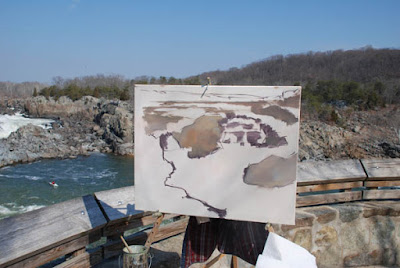 Last week’s painting excursion was one such trip. I had been out the day before with some other artists at Great Falls National Park and had managed a good little painting. While we were on the way to our location I spotted a scene in the road that I wanted to paint. I decided to come back the next day and work on a large 24×30 canvas of it at the same time of morning. 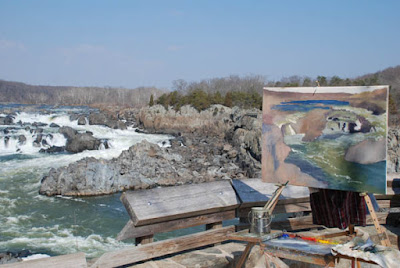 Arriving early the next day to get set up, I knew it was going to be one of those days. Meeting my friend Jack, the weather looked iffy. Although the weather was supposed to be clear and in the seventies it was cool and overcast. I waited around for things to burn off but it never happened. Jack got in two paintings while I fumbled around. 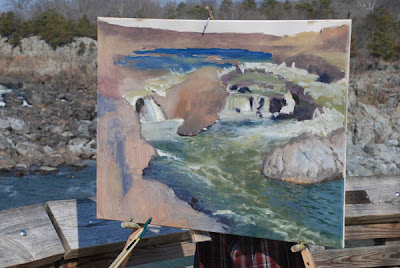 I decided to go ahead and paint the scene anyway even though it didn’t have the charm of the day before. About two thirds into the canvas the sun came out and ruined any chance of finishing the painting. I wiped it down and we decided to head over to the falls to paint one more time. 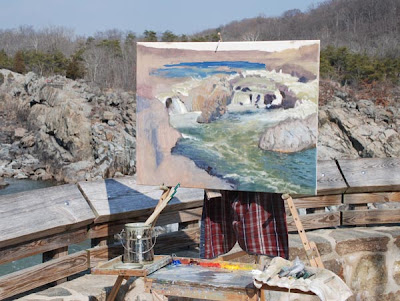 The falls didn’t go any better for me. I was tired from the first attempt and my mind was still on the first painting. Not a good way to begin a large painting of a complex subject. I have painted the falls many times but not with such a large canvas. I wasn’t focused on what I wanted to do. I didn’t think about the composition and I spent too little time on the drawing and jumped into the painting too quickly. Instead of showing nature I can’t be beaten so easily after my first attempt; it whacked me over the head twice to remind me never bring a knife to a gun fight, and always bring your best effort. 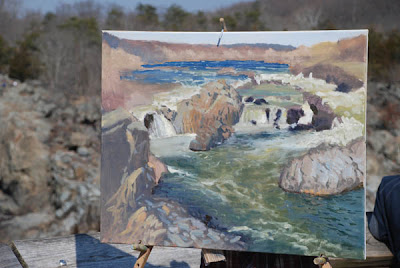 I didn’t wipe the second painting mostly to have something to show for seven hours’ worth of effort. It seems I still have to do things the hard way every once in a while to remind myself nothing is a given, success has to be earned one canvas at a time. 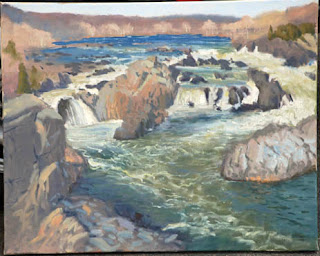