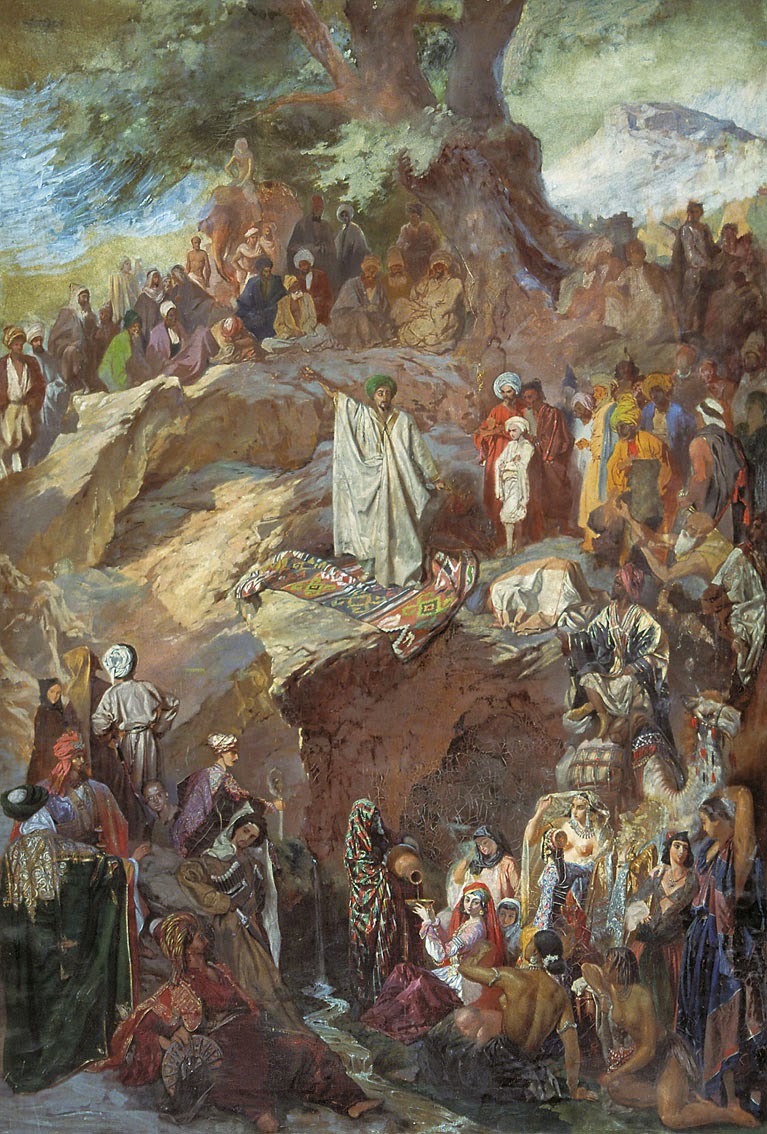 Grigory Gagarin. This Russian painting from 1840-1850 shows prophet Muhammad preaching
I feel I must comment in the aftermath of the tragic events in France The murders of French cartoonists by extremists who took offense to their depictions of Muslims and the Prophet Muhammad.
As a society consenting adults should be able to engage together in whatever they want as long as those decisions don’t infringe on other people’s rights. We should define for ourselves as adults what we can and cannot say or do.
It seems in the days following the tragedy people are now criticizing the cartoonists as racists and islamophobes. At first the gut reaction to choose the side of the victims but in the immediate aftermath this stance put some people in a position that has left them uncomfortable.
Free speech it seems, is not really what most people want here or abroad. That’s why colleges here regularly cave to groups of students who complain about guest speakers to their campuses. Speakers like Bill Maher, George W Bush, Bill Ayers, or Sam Harris. It is why media outlets like NPR refused to show any of the cartoons in their reporting. They were afraid they would offend some of their supporters. In much of the world free speech now means I’m offended so you can’t do, say, draw, play that musically.

Throughout history, mostly religious zealots have been decrying the end of morality and society, it seems these kinds of people have a hard time dealing with their own finiteness. They look to impose their will on as many other people as possible seeking comfort holding power over others.

Like it or not the world is a better place now than it has ever been in history of mankind. By any measure, more people live longer, eat better, are more educated and have a better quality of life than at any other time. There is no external punishment for equality, progress and  a personal freedom of expression for all human beings.

2 thoughts on “The Fine Art of Offending”