“Every loneliness is a pinnacle.”
Ayn Rand from “The Fountainhead”

I don’t believe in talent. I believe in tenacity. I believe what people often site as “talent” is actually desire and perseverance. I know plenty of people with talent…and they do little or nothing with it. Tenacity is never giving up until you’ve attained your goal. The level you attain is limited only by your work ethic. 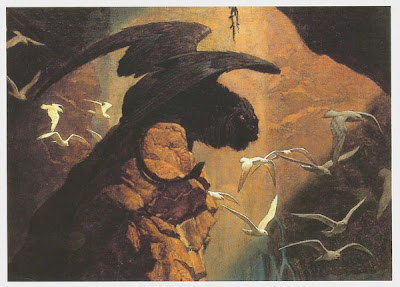 While I was working as a production artist, I took a workshop from Thomas Blackshear at the Academy of Art in San Francisco. I was in awe of his ability. He is still, in my opinion one of the best illustrators in the country.

Blackshear asked everyone in class what we wanted to learn that week. Most people wanted to learn how to copy someone else’s technique like Bernie Fuchs, Mark English, David Grove or Drew Struzan. I asked him to show us his process for one of his illustrations.

Blackshear had just finished a painting of a pirate with a cutlass over his shoulder. He said he would bring in his preparatory work. I thought—cool! I’ll see his preliminary drawings and a color comp, too. 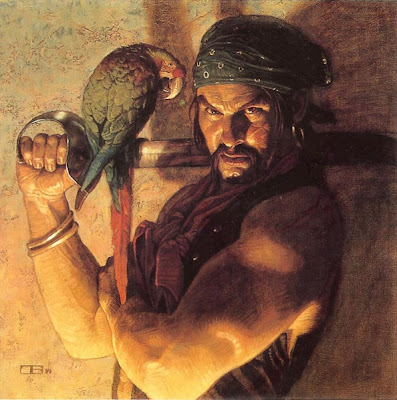 The next day we walked into the class and the entire wall of the room was covered with his preliminaries, thumbnail compositions, value patterns, color comps, photo reference, rough sketches and the finished painting. There were probably 20 or 30 unique images for every stage of his painting. Good enough wasn’t good enough for Blackshear. He was at the top of his field and in all probability could have coasted—but he didn’t. It was a great lesson in perseverance and how much hard work separates the best from the mediocre. In his book, My Adventures as an Illustrator, Norman Rockwell talks about classmates at the Art Students League chiding him for being focused and working so hard. They would say things to him like, If I worked as hard as you, I would be as great as Velasquez. His response was, Why don’t you? — but they never did. In the end, he became one of the greatest illustrators in America. 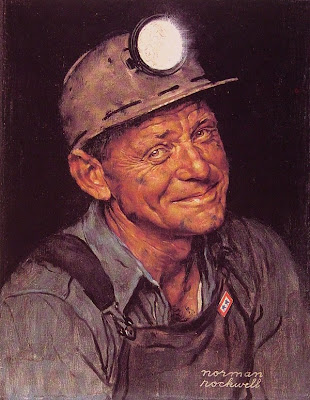 People say they want something and they declare they are willing to work hard for it. But really, they want something the way a two year old wants it—they want someone to give it to them. People decide they have worked hard enough and then they quit. They are not willing to sacrifice their comfort, a family life or money to achieve the goal ahead of them. They unwittingly (or knowingly) take on too many interests and other commitments that render them incapable of continuing to pursue their dream.

There you have it—Feel free to agree or disagree.