William McGregor Paxton was born in Baltimore, Maryland on June 22, 1869. His parents lived in Newton, Massachusetts and were on a trip at the time he was born. The young Paxton grew up in Newton and demonstrated an interest in art at an early age. 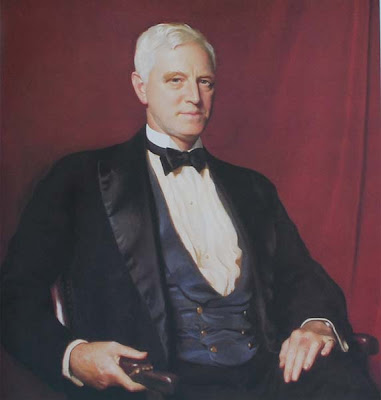 While still in high school, Paxton received a scholarship to the Cowles School of Art in 1887. Paxton’s teacher was Dennis Miller Bunker. Bunker gave critiques for life classes. 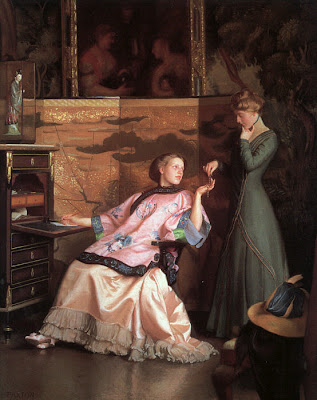 In 1889, with a letter of introduction from Bunker, Paxton traveled to Paris to study with Jean Leon Gerome in his atelier at the Ecole Des Beaux Arts. Paxton lived in France for four years. He returned to Boston in 1893 and rented a studio where he painted portraits to support himself. 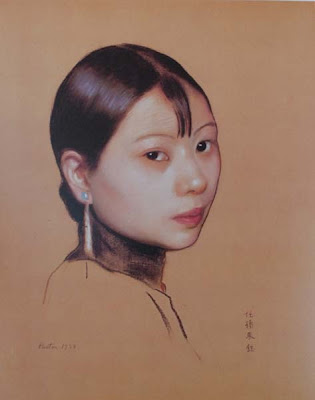 In 1899, Paxton married Elizabeth Oakie, also an artist. Paxton painted his wife many times. These paintings are undoubtedly some of his best. Paxton received his first award at the Pan American Exhibition in Buffalo, New York in 1901. He received a substantial boost to his business when he was asked by President Grover Cleveland to paint his portrait. The commission secured his reputation as one of the premier portrait painters of his day. 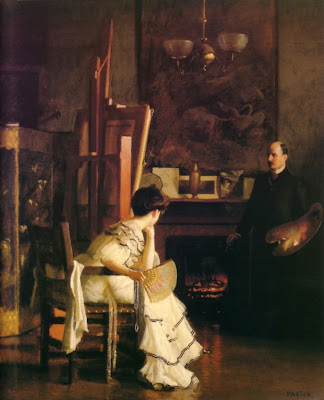 Paxton continued to show in major exhibitions for the rest of his career, winning many awards. His work was very popular at the Corcoran Biennial Exhibitions where he won awards in 1920, 1922, 1931 and 1935. He won a Gold Medal from the Pennsylvania Academy in 1928 and a Gold Medal at the Boston Tercentenary Fine Art Exhibition in 1930. 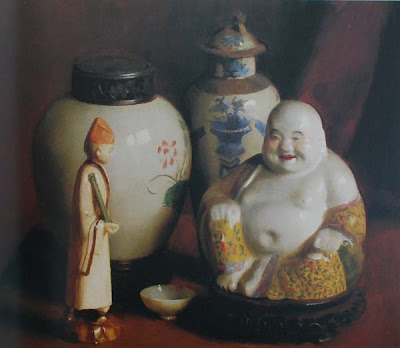 As one of the major proponents of the style that has come to be known as the “Boston School”, Paxton influenced many painters and continued the traditions of Gerome and Bunker, passing his knowledge to his students in the middle of the 20thCentury. 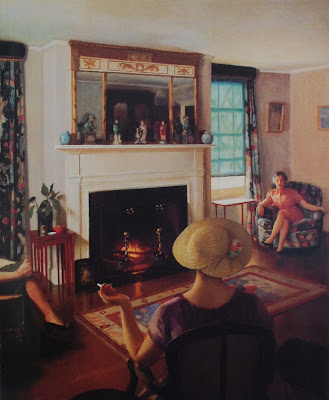 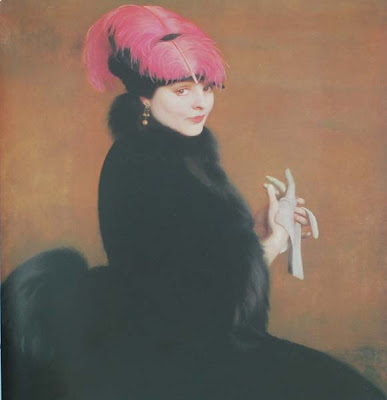 Quote
I want to make clear that the artist’s task is to create emotion rather than to be moved. No doubt one who has never felt emotion is incapable of communicating it to others, but most of us have felt it, and few of us can pass it on.~ William McGregor Paxton.