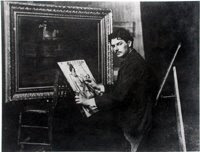 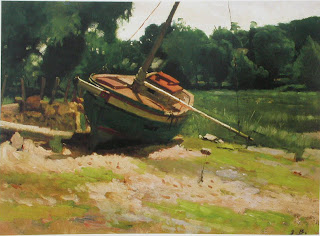 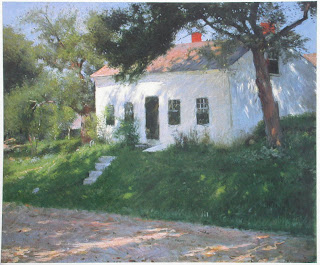 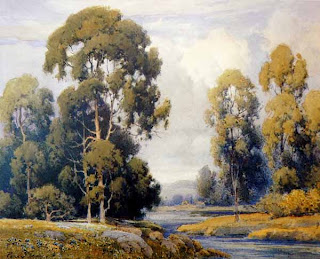 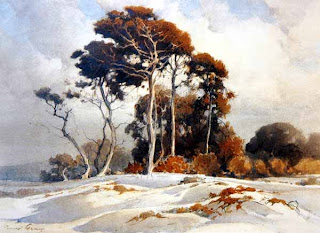 Chauncey Foster Ryder was born in 1868 in Danbury Connecticut. Ryder studied at the Art institute of Chicago and at the Académie Julian in Paris under Jean Paul Laurens. Ryder is most often associated with the Tonalist and Post-Impressionist art movements. His work leans toward abstraction without giving up representational depictions completely.  A strong sense of design and powerful brush calligraphy are apparent in both his oils and watercolors. His use of greens and grays led to the term Ryder Green in his paintings. 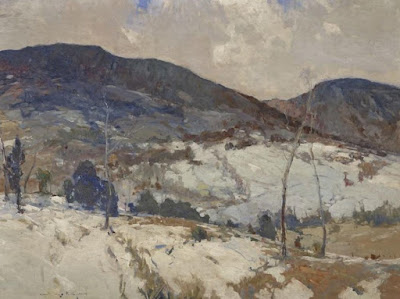 Ryder was equally skilled as a watercolorist and oil painter. Starting around 1910 he also made etchings and lithographs. He kept studios in both New York and New Haven.He was honored as an Academician of the National Academy of Design in 1914. 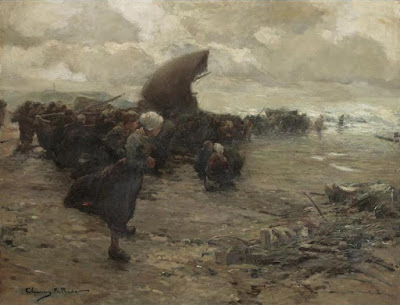 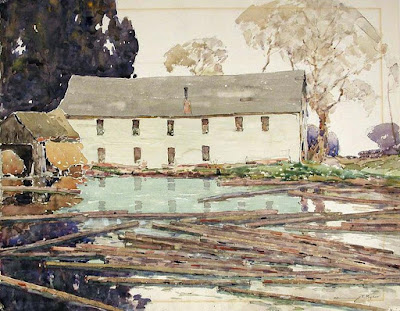 He is represented in over 50 Museum collections with three paintings in the Smithsonian collection. During his career, he was awarded many gold medals for both his oils and watercolors.  Some of his awards were from the National Academy, the 1915 Panama-Pacific Exposition, The National Arts Club, The American Watercolor Society and The New York Watercolor Society.
Chauncey Foster Ryder died in Wilton, New Hampshire in 1949. 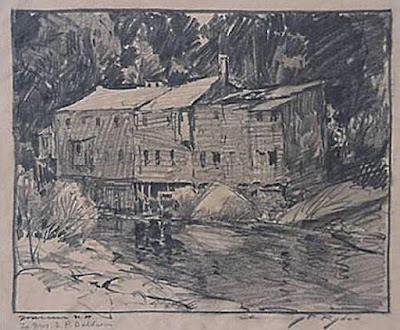 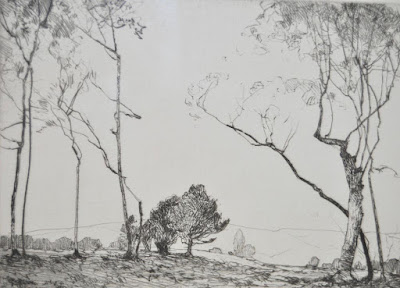