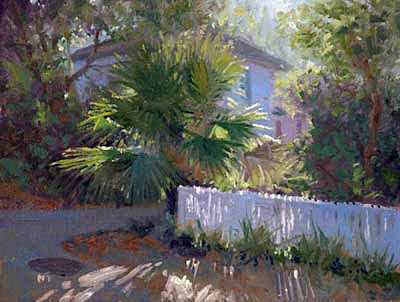 Polychromatic shift is a term I have coined to help explain what happens to the local color of an object when the surface of that object transitions from light to shadow.  It’s not a new concept and the idea of prismatic effects in color has been understood for quite some time. There has been a tendency to ignore this avenue of study now though, with so many people working from photo and video reference, digital painting, and not painting from life for indoor or outdoor images. 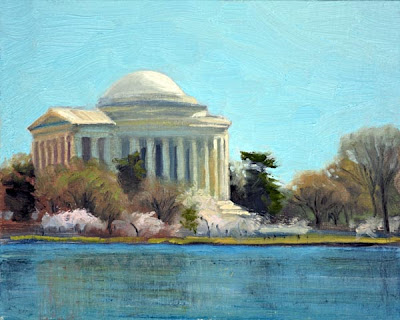 Polychromatic shift is the idea that local hue of an object is augmented by its environment.  The local hue of an object is its base color like a yellow table cloth or red scarf. Once you introduce an object into any environment its hue, value and chroma are affected by all of the light sources acting on it. Most people only pay attention to the primary light source but anything in the scene that has light falling on it becomes a source of light itself.  In an outdoor scene an object would be affected by the primary light source (normally the sun) the secondary light source (the sky) and any object that has either of those two light sources shining on it near the original object.  The effect of these sources on our object is determined by the strength of the light coming from them. 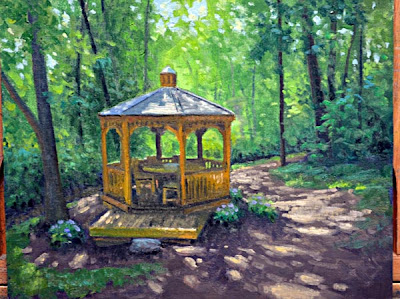 The primary light source usually determines the pattern of light and shadow for an object because of its relative strength but all of the other sources of light in the scene affect the quality of the objects light and shadow. This is why the color of shadows are never just a darker version of the local color of an object in light. The local hue shifts to include the color from neighboring sources of light. How much this affects something is determined by the strength of the different sources and the makeup of the receiving object (how much it absorbs or reflects light). 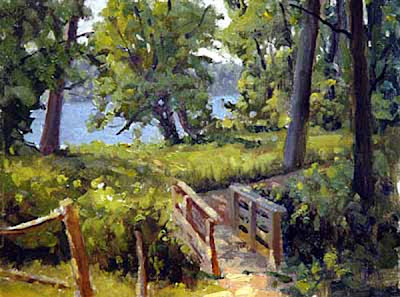 There is no natural scenario where an object would only have a single light source affecting it to create a monochromatic transition from light to dark unaffected by surrounding objects. Anytime you place an object in a scene and light it, its color is affected by everything else in the scene and must be painted that way.

Since sunlight is warmer than sky light any objects local hue must shift warmer and lighter towards the sunlight and cooler and darker towards the sky light and even darker still to complete absence of light. As the object darkens into and loses the influence of the stronger light sources, the weaker reflected lights become visible shifting the hue. 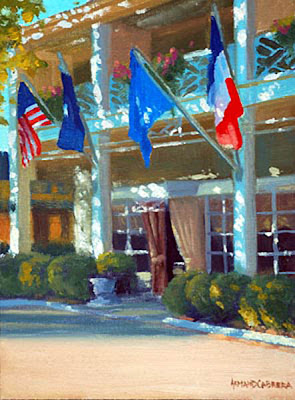 Most artists are told to think in value first color second and while I agree with that idea for the most part, when we turn to color it is important to pay attention to all of its aspects; hue, value, and chroma and their relative appearance to all of the surrounding features in the scene. 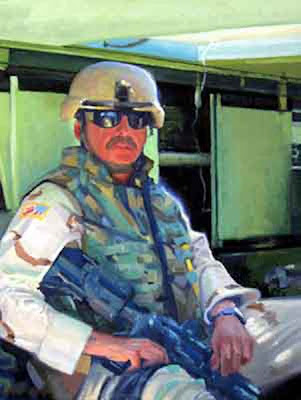 This means that an artist should forget about the local color of the object they are painting and learn to see it and its plane changes as the colors they are, relative to the whole picture. This is the foundation for clean color.  In my experience weak color comes from the artist’s refusal to let go of the objects local color. They force the local color to remain when in fact it has shifted to another hue.  The better choice is to paint those transitions as a clean color. Once they do that any object can be any hue given the right circumstances. 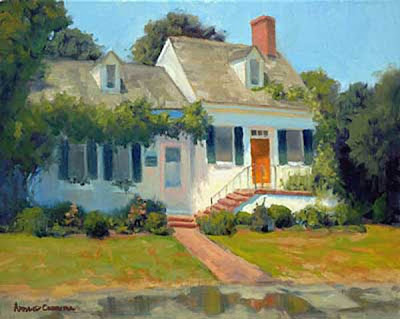 Resources
Color and Light
by James Gurney
Alla Prima
by Richard Schmid
Values for Pictures Worth a ThousandWords: A Manual for Realist / Representational Painters
By Apollo Dorian 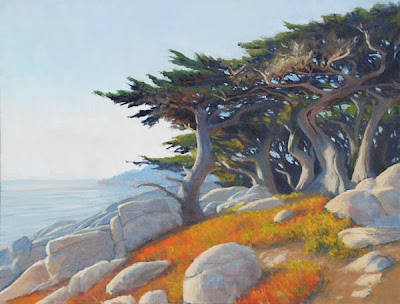