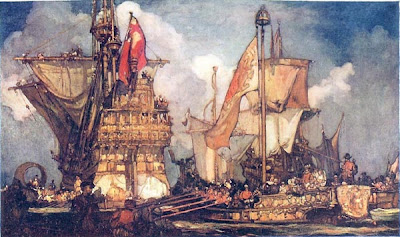 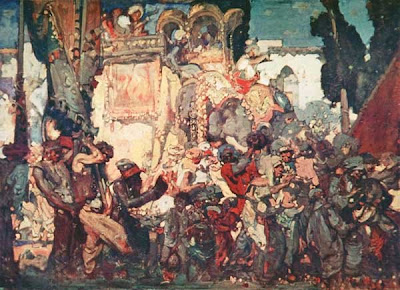 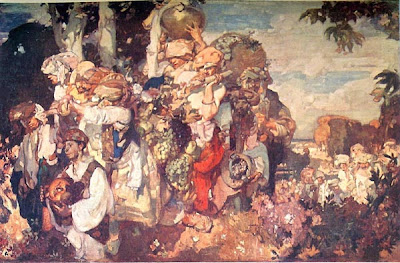 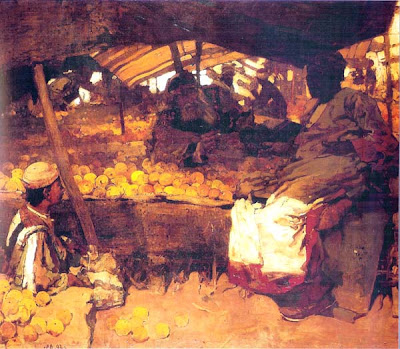 by
Armand Cabrera
Johann Gustav Adolf Bauernfeind was born in 1848 in Sulz am Neckar near Stuttgart, Germany. Bauernfeind had shown an aptitude for mechanical and freehand drawing. He decided to become an architect. He attended the Stuttgart Polytechnic Institute from 1864 to 1869. In 1870, Bauernfeind joined an architectural firm in Stuttgart under Professor Wilhelm Baumer. 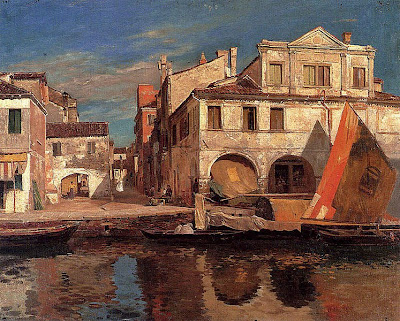 After traveling to Vienna with Professor Baumer, Bauernfeind returned to Stuttgart a year later. He found employment at an architectural firm with Professor Adolf Gnauth, an architect and painter. Gnauth helped Bauernfeind pursue painting, finding him a commission to paint Italian scenes for the German art publisher, Johann Christian Englehorn. Gustav painted the Italian views from 1873 to 1874. 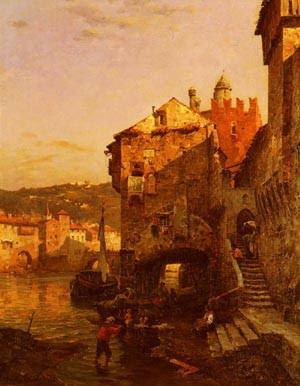 He returned to Stuttgart in 1974 and later moved to Munich in 1876. In Munich, Bauernfeind furthered his abilities as a painter. He developed friendships with other German artists such as Heinrich Von Zügel and Ludwig Löfftz. 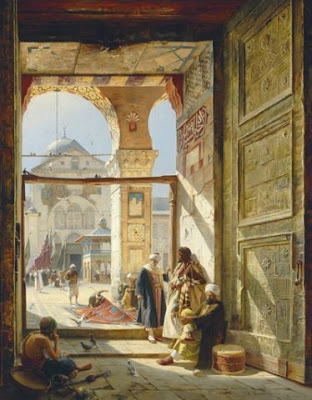 Bauernfeind is most remembered for his accurate portrayals of the Mideast. He traveled there four times. (1880-1881), (1884-1887), (1888-1889), (1896-1904). Bauernfeind worked in watercolors and oils outdoors. Many of these sketches were the basis for larger studio works. He believed in thoroughly immersing himself in his painting motifs—
in some cases, painting Orientalist outdoor scenes at great risk to his life. He carried a gun and would hire local bodyguards to help protect him. Being a foreigner, Bauernfeind was often spat upon or had objects thrown at him while painting. Sometimes he was threatened by crowds and would be forced to leave the area.

Gustav Bauernfeind died in Jerusalem on Christmas Eve, 1904 from heart failure while decorating the Christmas tree. 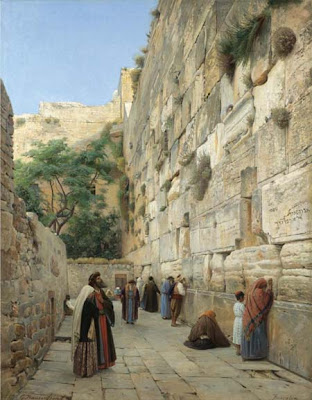 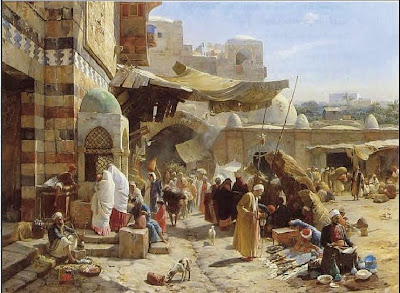 When I arrived in the country [ Jerusalem]nearly one and a half years ago I wanted to try my hand at landscapes, in regard to which I was not really aware of having embarked on a new field whose difficulties I might not be able to surmount. But the solemnity of mood in the late evenings and early mornings brought it home to me, and when all else has been subject to change and has more often repelled than attracted the observer, then no one will dispute that landscape has on the whole held on to its character. ~ Gustav Bauernfeind 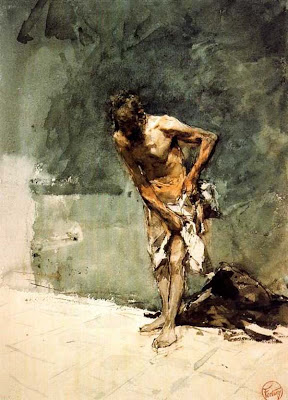 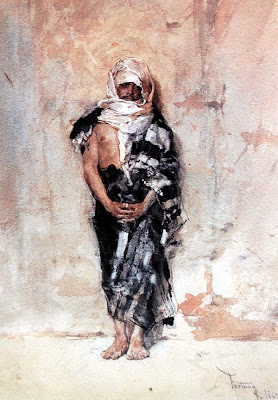 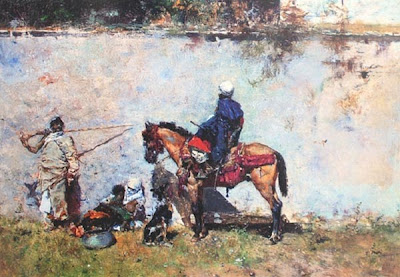 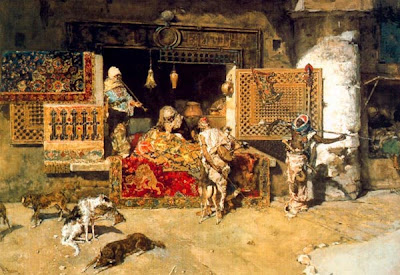 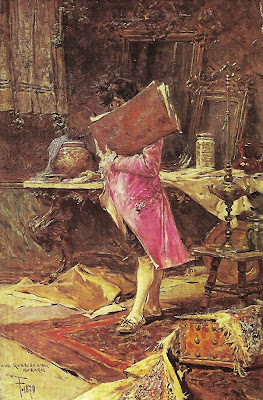 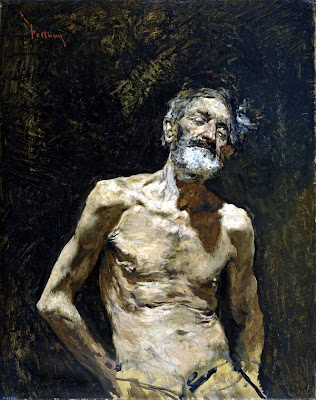 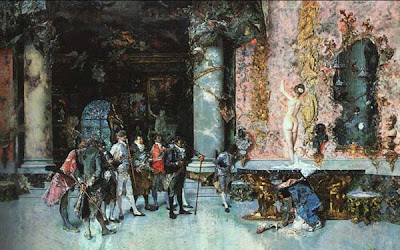 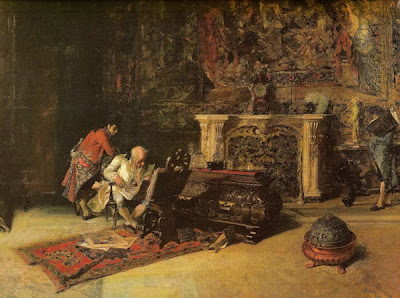 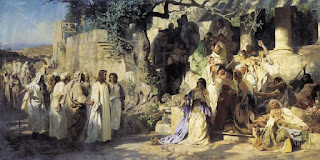 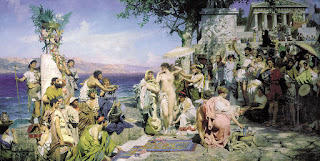 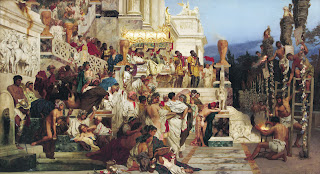 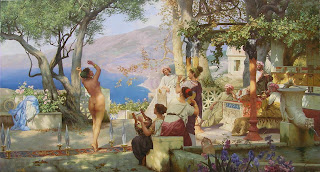 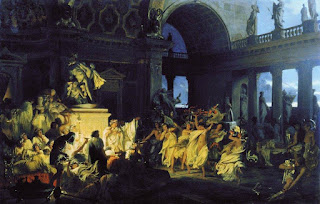