Alten was born in 1871 near Tier, in Gusenburg, in the Prussian Rhineland. Alten was one of four children. The Alten family immigrated to the United States in 1889 settling in Grand Rapids Michigan. The young Alten apprenticed as a decorator. By 1895 Alten was married to Bertha Schwind and the couple operating a business together Schwind and Alten, offering art supplies, frames, sign painting, fresco painting for churches and scene painting for theaters. 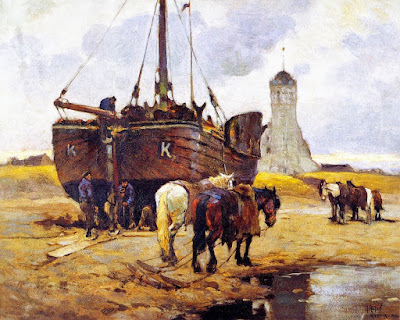 In 1898 Alten decided he needed academic training to improve his work. He went to Paris to study under Benjamin Constant and Jean Paul Laurens at the Academie Julian. 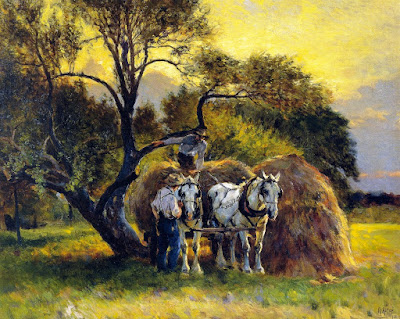 Alten returned to Grand Rapids and established himself as the premier painter there. His business thrived and he taught drawing and painting classes from the live model. 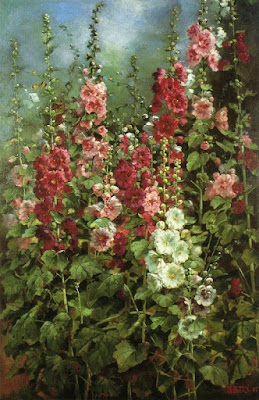 Alten showed versatility for many different subjects, figurative, portraits, and landscapes but his focus was always the working class. He eschewed parlor scenes for depictions of agrarian labor and common people. 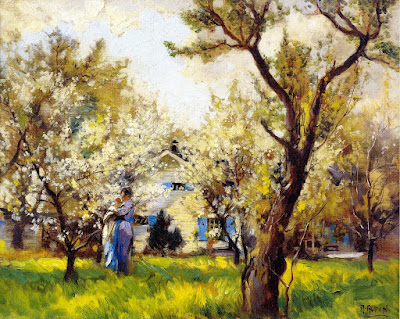 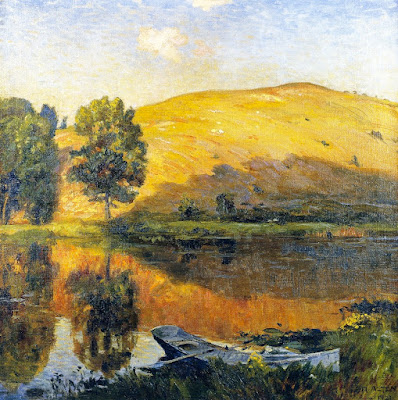 In 1910 Alten and his family went to Holland for a year and painted many coastal scenes of Fishermen and their boats. On their return Alten saw a show of the Spanish painter Sorolla whose paintings of Valencia fisherman inspired Alten.  After the success of Alten’s Dutch paintings he decided to travel to Spain to paint similar subjects. 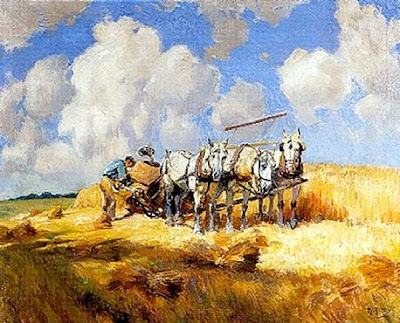 The Spanish paintings by Alten were well received in Grand Rapids upon his return in 1911. Alten’s plans for more travel in Europe were curtailed by the outbreak of World War I. Instead the artist focused on Michigan scenes and portrait commissions. After the war Alten began traveling around the United States and holding shows in Los Angeles, Detroit and New York. He painted in California, New Mexico, Connecticut, Massachusetts and Florida. 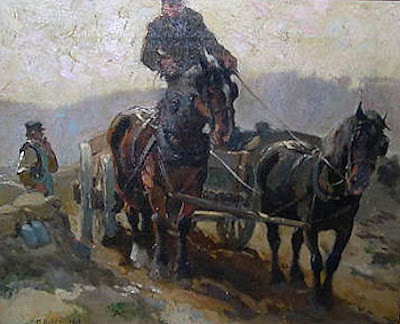 His exhibition schedule and portrait commissions kept him in demand and travelling around the country throughout the decade of the 1920’s and into the 1930’s until the time of his death in 1938. 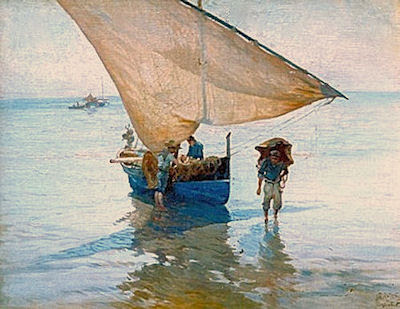