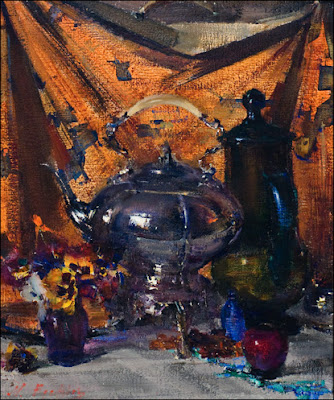 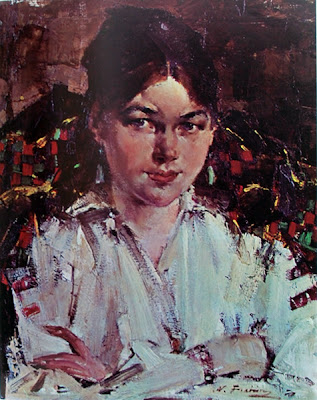 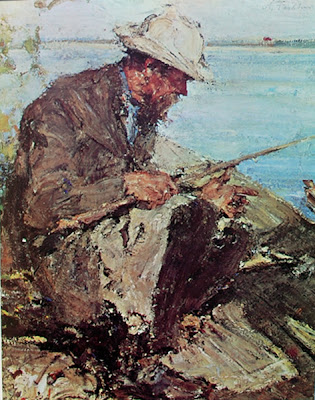 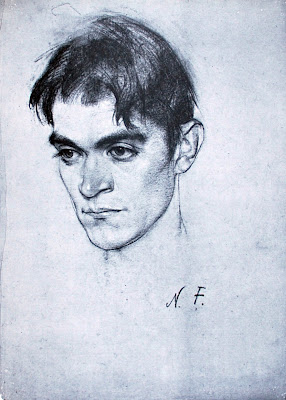 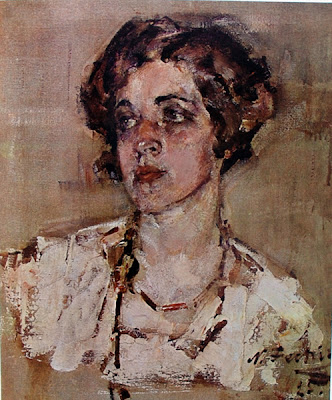 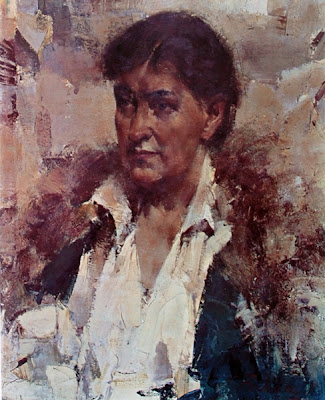 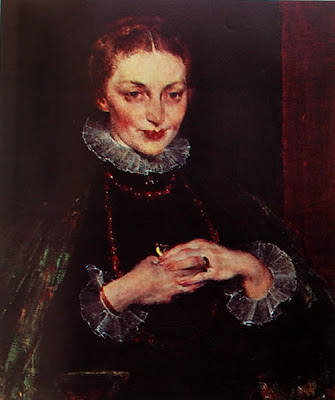 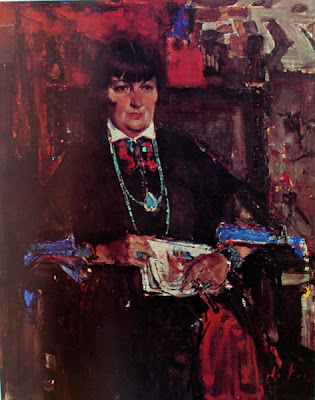 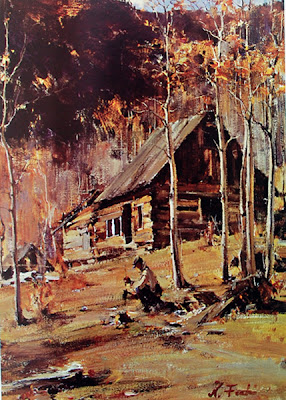 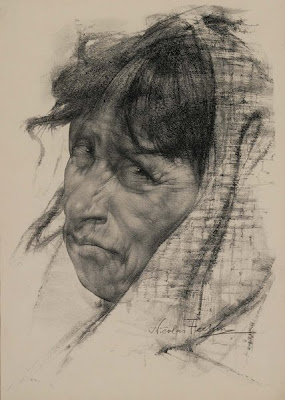 Born in Russia, Nicholai Fechin was Ilya Repins greatest student. Fechin immigrated to the United States in 1923 with the help of W.S. Stimmel, one of his American collectors. The quotes are from the two monographs listed in the bibliography. 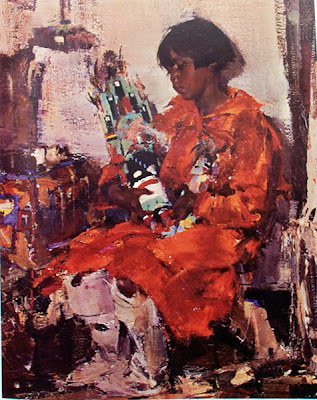 The beginner usually endeavors laboriously and literally to match colors he sees (or those he imagines) by mixing endlessly the paints on his palette, and the results are dirty and dead. Everything which is alive reflects color and every reflection is a vibration. Hence, if one wishes to produce this living vibration one must resort to the use of pure basic colors and “build” with them in such a manner as to give this living effect and vibrancy. 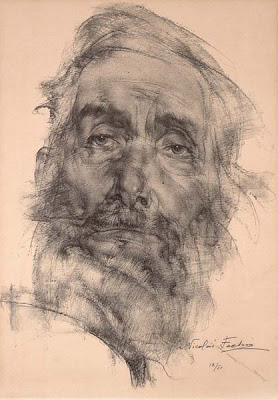 The beginner is always tempted to take the path of least resistance .He usually takes as his model the reproductions of some fashionable painter and copies them, believing that by doing so he acquires knowledge. Such a beginning is unsound, because it starts with the end product of the original work- the finished results of an artist’s long and patient toil. Superficially absorbing the final expression, the student bypasses the process of attaining these results and does not comprehend at all the work of creating. 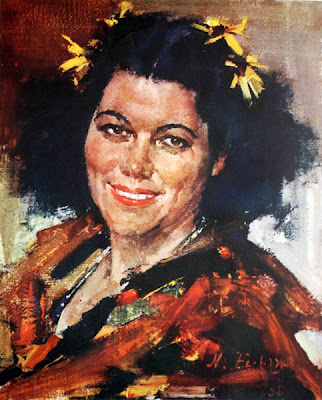 Before defining his own field of work, it is essential for the beginner to acquire a great a variety of knowledge as possible. The more consummate his technique, the easier it will be for him to free himself from all dependence upon a subject. What an artist fills his canvas with is not so important. What is important is how he does it. It is sad if an artist becomes a slave to the object he seeks to portray. He must be able to deal with it according to his own point of view. In other words, the portrayed object must serve as nothing more than an excuse to fill his canvas. Only then does his work acquire value for an artist, when it passes through the filter of his creative idea. Therefore, a beginner must always avoid the conventional, whether it is color, line or, above all of course, in the choice of the subject itself. 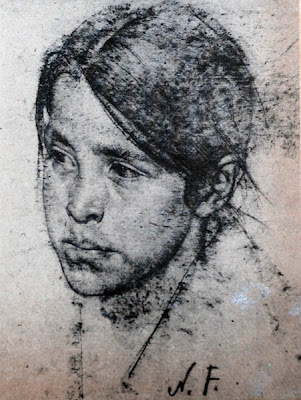 Technique should be considered only as a means to an end but never as the end itself. To me, technique should be unlimited, fed by a constant growth in ability and understanding. It must never be mere virtuosity but an endless accumulation of qualities and wisdom. 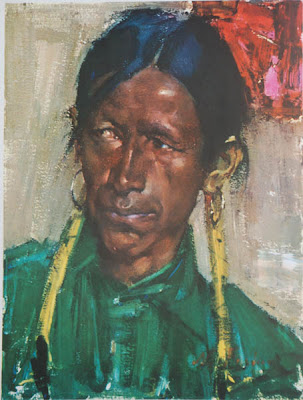 For my own work, I do not like to use medium. This dissolves the paints too much. The pigments mix together and cannot retain their individual distinctiveness and thus again lose much of their fresh intensity. 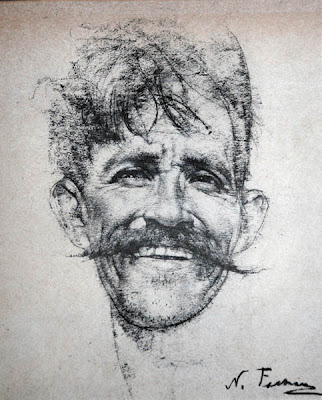 All creation is personal and belongs to you alone. The teacher must not touch this. His main reason for existence is to see that the work of the student is well thought out and constructively organized. 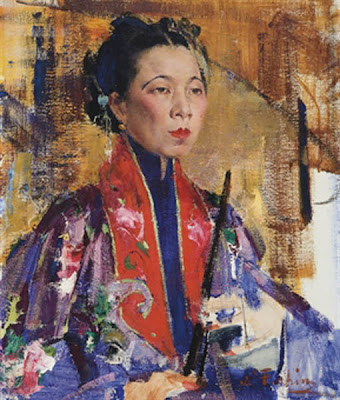 I have been asked which of the arts I consider most important. For me, no one particular art is greater than another. I can only say this; when you find yourself in the presence of creativeness…take off your hat. 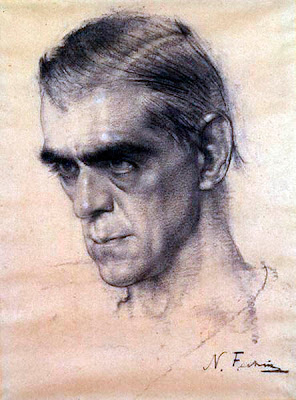 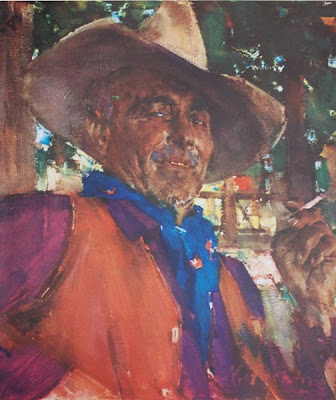