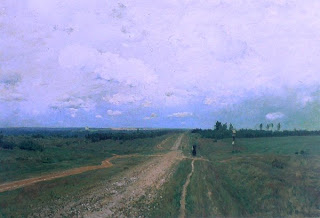 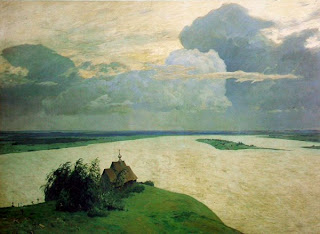 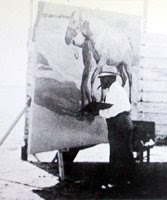 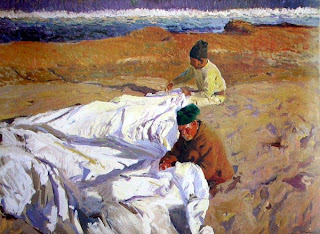 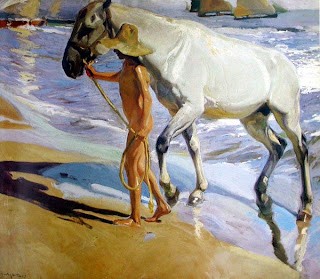 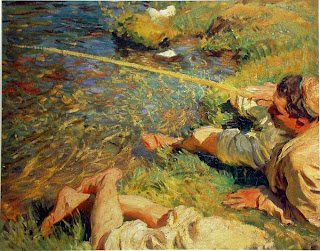 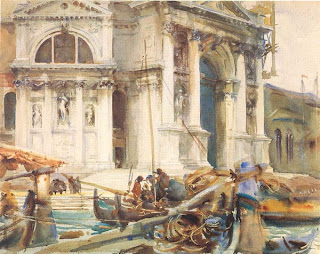 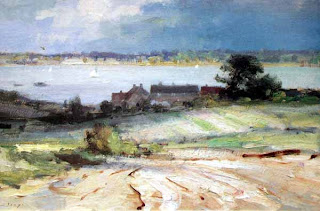 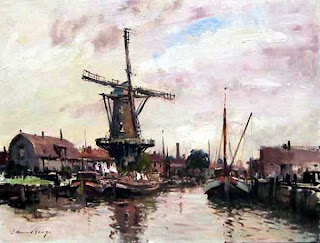 Wilhem Kuhnert
1865-1926
By
Armand Cabrera
Wilhelm Kuhnert was born in Germany on September 28, 1865. At the age of seventeen, he traveled to Berlin to stay with relatives and enroll at the Royal Academy of Berlin. While at the Academy, he studied Animal Painting under Paul Meyerheim and Landscape Painting under Ferdinand Bellerman. Although considerable attention was paid to studying anatomy, the students would sketch captive animals in a zoo and then make formal paintings in their studio—making up the environments from the artists’ imagination. Kuhnert decided to change this. After seeing some African animals at a fair, the young artist vowed to travel to Africa and paint animals in their native habitat. 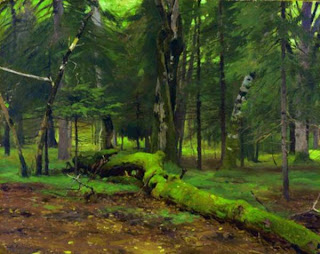 Upon leaving the Royal Academy, he acquired a studio in Berlin. While Kuhnert was sketching at the Berlin Zoo, he was introduced to Hans Meyer, the first European to climb Kilimanjaro. Meyer was impressed with Kuhnert’s ability and promised the young artist the chance to illustrate his next book. Kuhnert told Meyer of his goal of traveling to Africa to paint the animals in their natural settings. Meyer suggested he travel to East Africa and even gave Kuhnert his safari equipment.

Good to his word, Meyer commissioned Kuhnert to illustrate Brehms Tierbuilder, a dictionary of animals from around the world. With the proceeds from the book, Kuhnert traveled to Africa in 1891.

At that time, the East African Colony was a vast, unexplored territory for most Germans. Kuhnert traveled the only way available—accompanied by a score of men to act as guides and carry the hundreds of pounds of gear and supplies needed for such a journey. A year later, he returned to Germany with dozens of paintings, sketches and drawings of the African animals, people and places.
In 1893, Kuhnert’s paintings went on display at the Berliner Art Exhibition and he took the Medal of Honor. The public responded to his truthful depictions of the great continent. At only 28 years of age, Kuhnert’s success seemed assured.

He married in 1894 and moved to a larger studio. The attraction of Africa could not keep him home, so in 1905, he left his wife and daughter and returned to what he called “The Promised Land”. After a year on the continent, rather than returning home, he traveled to Ceylon. Unable to stand his long absences, his wife left him in 1907. Kuhnert finally returned to Germany in 1908.

He returned to Africa once more in 1911. Two years later, he remarried. In 1920, Kuhnert published two books on African Wildlife—“Im Lande Meiner Modelle” (in the Land of My Model) and “Mein Tierre” (My Animals). He died February 11, 1926 at the age of 60—five months after his second wife had passed away.

It is believed Kuhnert’s body of work totaled 5,500 paintings—primarily animals, but also portraits and landscapes. Today, there are less than a thousand known works in existence. The rest of his paintings were destroyed or lost in World War II. 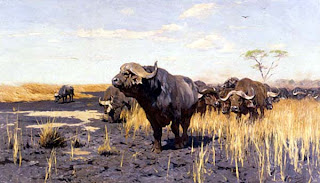 Wilhelm Kuhnert’s Achievements can be measured by more than just aesthetics. His Greatest merit was that he was the first artist to paint wild animals in their natural habitat. ~Fritz Meyer-Schoenbrunn in his introduction to Kuhnert’s second book, Meine Tiere (My Animals)