In the second part of my discussion on the use of photos for the basis of your paintings I want to talk about copying other people’s photos and copyright in general. Let me make a distinction here so we have a basis for debate or agreement. I think using photo reference or copying paintings while you are learning your craft is fine as long as you never pass the work off as your own or try to sell them. There is no violation of copyright when it is personal use.

When you copy a work from another person you must sign it and add the phrase after (name of Artist being copied).

Using other people’s photos or art as the basis for your own and then selling it is where I have a problem and so does the United States Government. The law is very clear on this; it states

The U.S. Copyright statute, Title 17 of the United States Code, protects original works of authorship which includes original artworks. Section 106 of the Copyright Act reserves to the author, or creator, of a work, the exclusive right to reproduce the work in copies as well as to prepare derivative works. The definition of copy in the Copyright Act includes any “material objects… from which the work can be perceived, reproduced, or otherwise communicated…”.17 U.S.C. Section 101.The definition of derivative work includes “a work based on one or more preexisting works.”

Copying another artist’s work either as a copy or a derivative work under the Copyright Act, is stealing. The right to either copy or produce derivative works from an original artwork is solely and exclusively owned by the original creator of the artwork. This means you have no right to take someone else’s work either as a direct copy or as a derivative work and sell it, ever. There is no percent rule, there is no different media rule and it doesn’t matter if someone else you know does it. It is illegal.

I know wildlife photographers who now make a substantial portion of their income selling their photos to artists and suing artists for stealing their work off the net. If you want to paint wildlife you should be able to afford to go where the animals are and gather your own reference or pay for it. 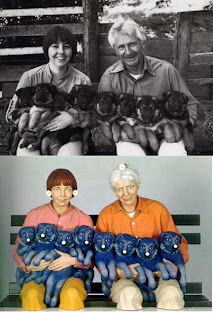 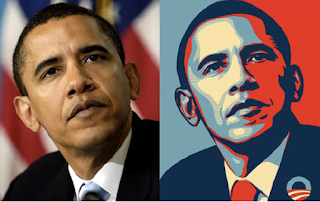 The so called artist Shepard Fairey, is in a lawsuit right now over his use of an AP photo of Obama which Fairey made into a poster without permission.

Harlan Ellison the great American writer sued James Cameron on the Terminator movie for stealing from his teleplays for the Outer Limits television show from the sixties ‘Demon with a Glass Hand’ and ‘Soldier’. Harlan won.

A.E Van Vogt sued Ridley Scott and Fox for stealing his story of an alien, Ixtl from Voyage of the Space Beagle and making it into the movie Alien. A.E. Van Vogt settled out of court with Fox for an undisclosed sum.

It didn’t matter that the movies or the photo were a different media. It was a clear violation. This also applies to photos and sculpture being used as the basis for paintings by artists who were not the creator of the original work. If you want to paint, be honest about it and paint things you have actually experienced, take your own photos and do your own paintings; what could be more satisfying than that?

One of my readers wrote for some further information and clarifications about copyrights and I thought they would be of interest to everyone so here they are.

If an artist copies a work and clearly ‘attributes’ it to the other artist, is it then okay to sell it as a copy? Only if the artist is dead? 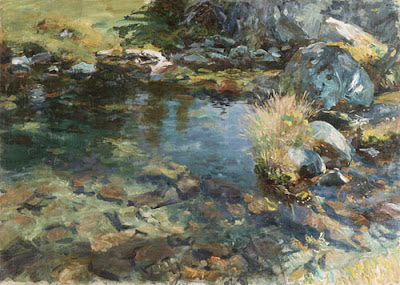 If you copy the work of a dead artist (as an example let’s say Sargent) you must use the phrase After John Singer Sargent and then your name, as part of the signature on the front of the painting. To copy the work of a living artist and sell it you must obtain their permission. Museums have strict standards for copy work so if you are planning to copy paintings in a museum check their rules and registration policies. Usually museums don’t want you to copy a painting in the same size as the original.

It seems common now for artists to sell prints of their paintings. What about artists who put their own images on t-shirts, calendars, coffee mugs etc? (With a copyright symbol) Are there any ethics or laws here, especially regarding the person who bought the original painting? Maybe even several years earlier before all these merchandising opportunities were available? Do clients object to “their “painting being on a coffee mug? Or does it make their painting more valuable?

Clients may object but the copyright resides with the artist until they give up or transfer those rights in writing. The sale of the original work transfers no copyright for the work and the creator of the work can recreate and sell any reproductions they choose. Whether it makes the original more valuable is debatable.

It is also important to take into consideration the effect selling prints has; if your collectors start dumping your originals back on the market you might want to think twice about selling reproductions. You have to sell a lot of tee shirts and mugs to equal the money you would make from the sale of just one original painting.