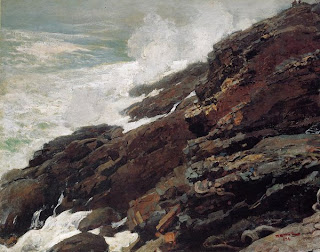 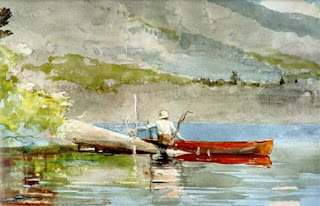 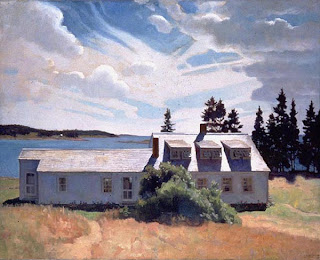 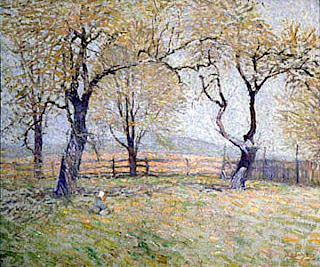 by
Armand Cabrera
Edwin Austin Abbey was born in1852 and died in 1911. At the height of his career he was one of the most popular artists of his day in both America and England. He studied at the Pennsylvania Academy and began working as an Illustrator in 1870 for Harpers Publishing.

In 1887 he did illustrations for Harpers publication of Shakespeare’s Comedies. Abbey would use Shakespeare as a basis for his art throughout his career. 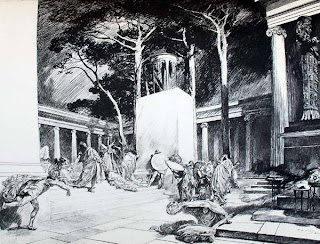 Famous for his brilliant pen and ink drawings Abbey did not begin to paint seriously in oils until 1889. Abbeys paintings were done on a large salon style scale, seven to ten feet, some even larger.

One of the biggest projects of his career was the Boston Library Murals.
The murals were based on the legend of the Holy Grail. The Fifteen Panels were 8 feet high and 192 feet in total length. The project took more than twelve years for which Abbey was paid fifteen thousand dollars; he finished it in 1902.

That same year he started the painting of the coronation of Edward IV. The canvas was fifteen feet by nine feet, and took two years to complete. 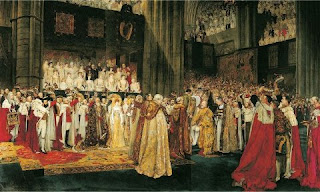 In 1906 he painted Columbus in the new world, another large canvas at ten feet by seven feet. It was his last Royal Academy submission. 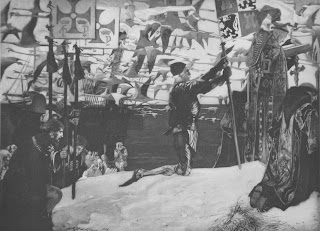 Abbey’s greatest undertaking was the murals and paintings done for the Harrisburg State capitol. Started in 1906, the project would take the rest of his life and would be finished by John Singer Sargent and Violet Oakley after his death. 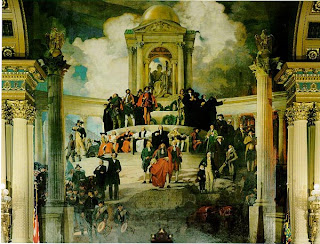 The projects centerpiece, the Apotheosis of Pennsylvania, is thirty-five feet by thirty-five feet square. Abbey also painted the ceiling which is twenty-four feet in diameter. Other parts of the commission were four lunettes, thirty-eight feet by twenty two feet and four pendentives fourteen feet in diameter. Abbey painted three canvases for Harrisburg, one twelve feet by six feet and two twenty-four feet by twelve feet. Edwin Austin Abbey died at the age of fifty-nine in 1911.
Bibliography
Edwin Austin Abbey R.A. His Life and Work (two volumes)
E.V. Lucas
Charles Scribners and Sons 1921

QuoteThe gist of what I believe as student should be made to do is to be careful in his construction and accurate in his drawing, as accurate as humanly possible. If he is a colorist this wont hurt his color- and if he is not (and a few of them are), he will have the drawing and composition and design to justify it. ~Edwin Austin Abbey 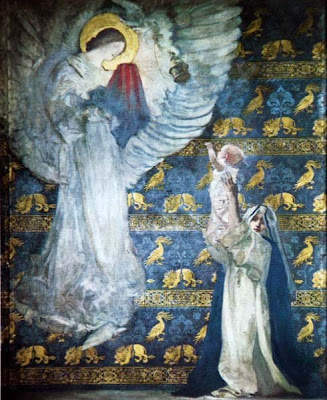 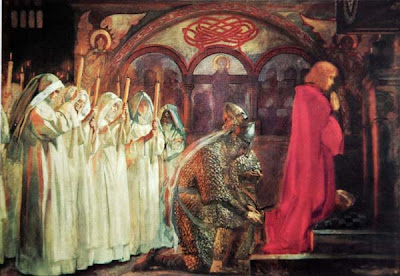 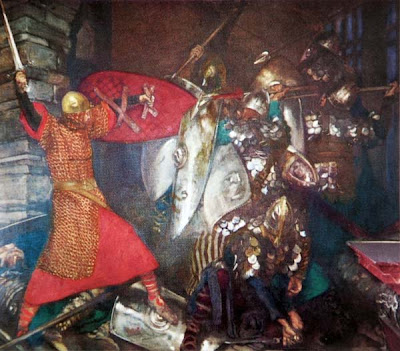 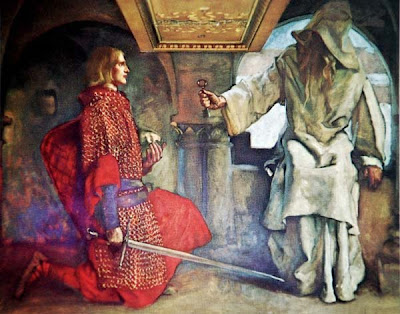 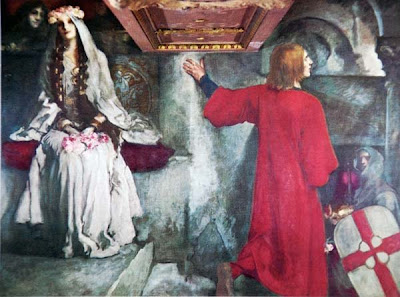 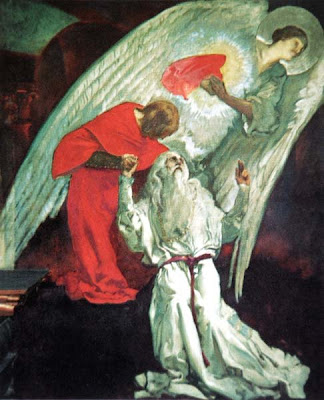 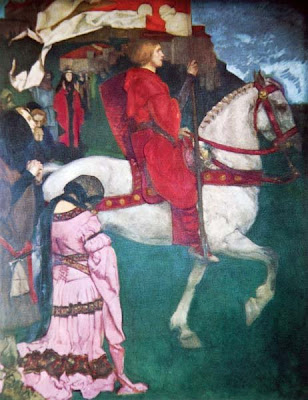 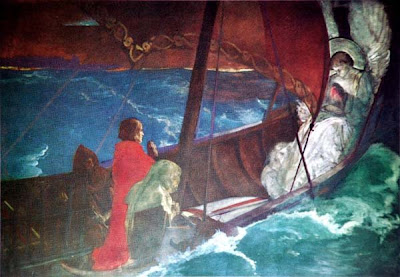 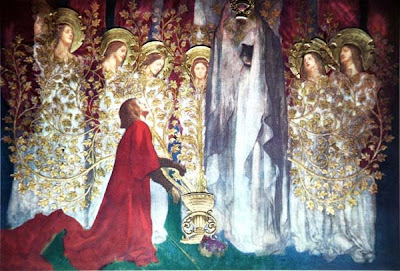 by
Armand Cabrera
I have some other posts planned on Dean Cornwell that will have more depth but I thought I’d start with some favorite examples for now. I tried to use images I haven’t seen before on the web and I used images from old auction catalogs so the color is better than other scans I’ve seen.
Cornwell is one of the few golden age illustrators that appeal to gallery artists and illustrators alike. His masterful compositions and use of thick bravura brushwork allows his paintings to survive beyond the illustrated page. 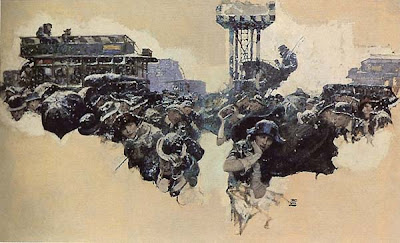 I happen to love his vignettes; these paintings were done for ads and illustrations usually in black and white or a limited palette for print of two or three colors. 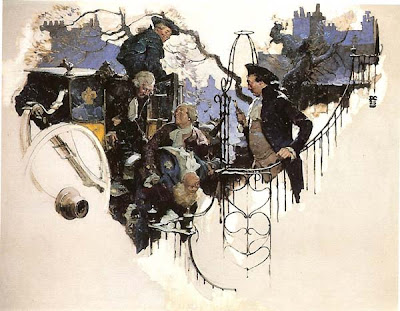 All the extraneous details of a normal painting are stripped away and Cornwell gives us just enough to set the scene and make the characters live. I love the juxtaposition of abstract shape and rendered forms. Enjoy! 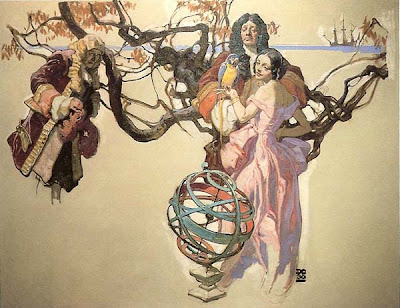 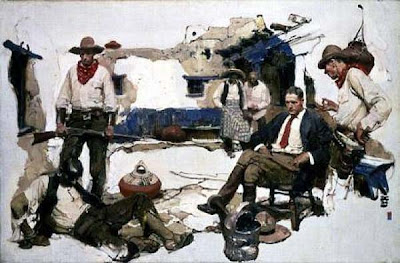 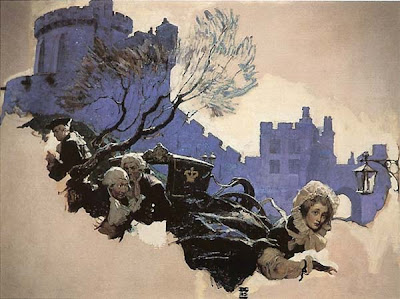 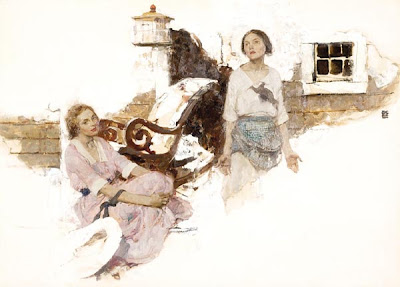 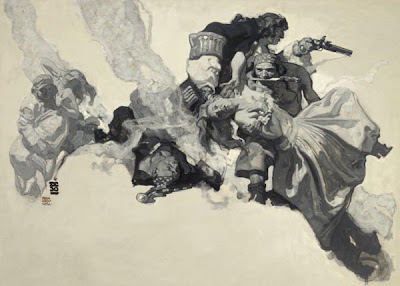 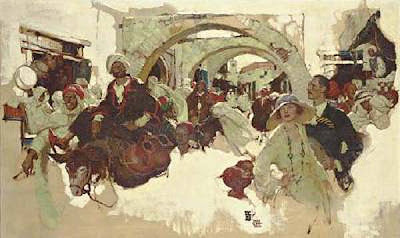 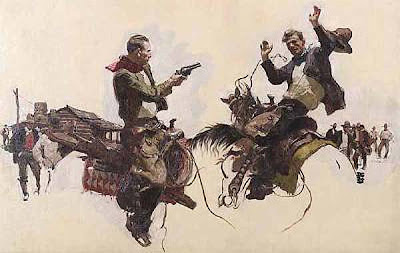 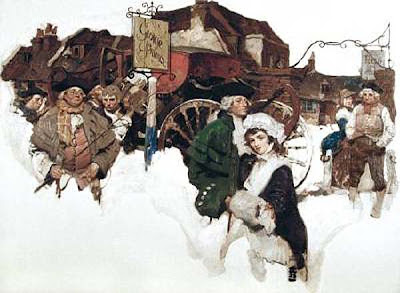