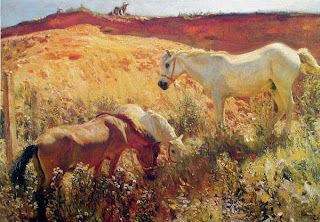 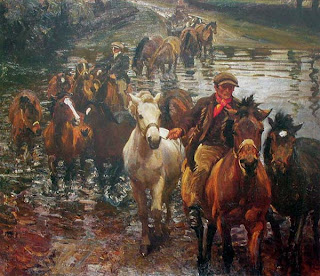 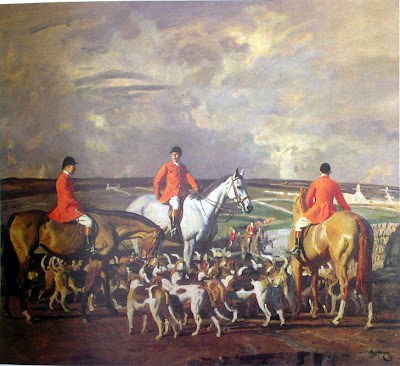 I have written about sir Alfred Munnings before. If you are not familiar with this very talented artist I hope you will take the time to read my previous post here.
The National Sporting Library and Museum  in Middleburg Virginia is hosting an exhibition The Open-Air Works of Alfred Munnings. Over 50 Painting are on display April 21 -August 1 2013, it is free to the public and  the show is accompanied by a 136 page softcover catalog. If you are in driving distance of this show it is not to be missed. This is one of the largest displays of the artists work this side of the Atlantic. 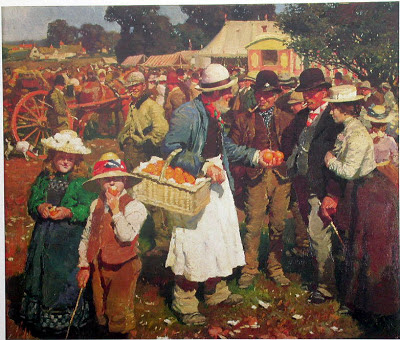 These are some more images from the A.J.Munnings Show at the Sporting Museum and Library here in Middleburg,Virginia. There are almost 70 paintings in the show even though on the museum website they advertise the show as over fifty. Well worth the drive to see these paintings. The first four paintings are all in oil and the last two are watercolors. 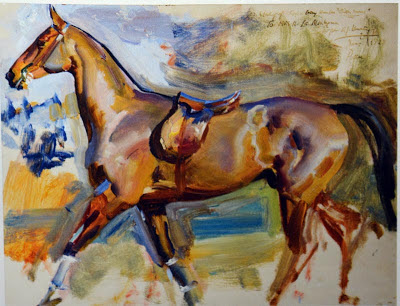 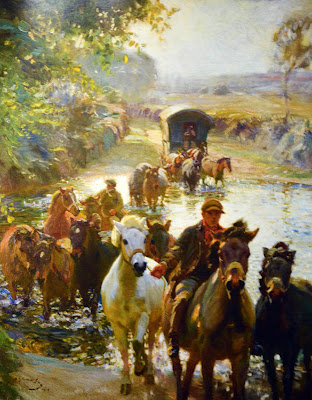 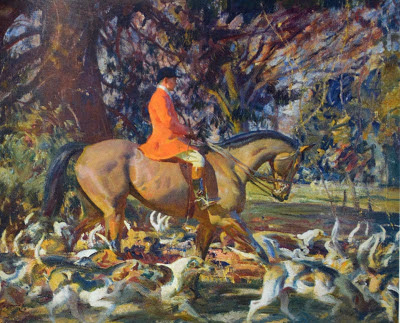 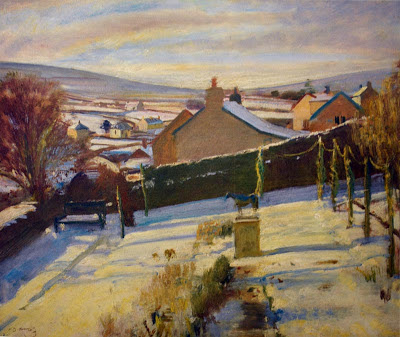 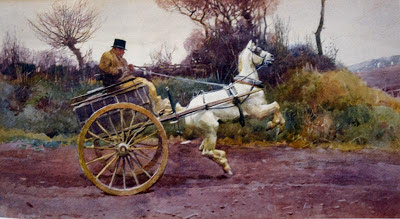 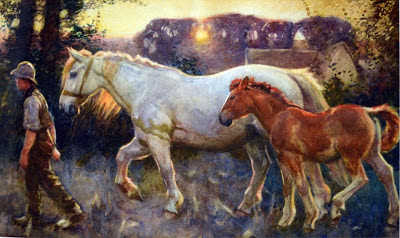