by
Armand Cabrera
Clarence Peter Helck was born in New York City in 1893. According to his memoirs he had a fascination with trains and drew them at every chance as a young boy. At the age of 13 he witnessed the 1906 Vanderbilt cup race on Long Island. This began a lifelong interest with cars and racing. At 19 he illustrated the cover for the Brighton Beach Motordrome. He studied art at the Art Students League in Manhattan and in those early days Helck worked for department store advertising and some New York film companies as a poster artist. In 1921 Helck studied in England with muralist Frank Brangwyn. It was Brangwyn who instilled in him the need to work from life something that served Helck well as an artist and an illustrator all through his career. 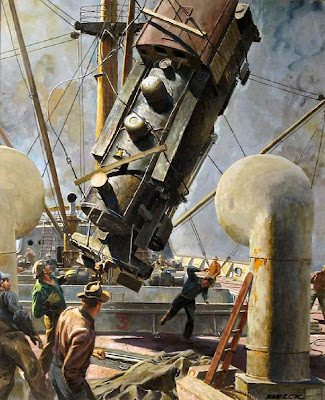 Helck worked for many of the major magazines of the time providing editorial and advertising illustrations. He is remembered for his powerful depictions of automotive and industrial subjects and is considered the premier artist of those fields. Helck’s advertising art won the Harvard Award for an industrial series for Westinghouse, four Art Directors Medals in New York and top awards in Philadelphia, Detroit, Cleveland and Chicago. 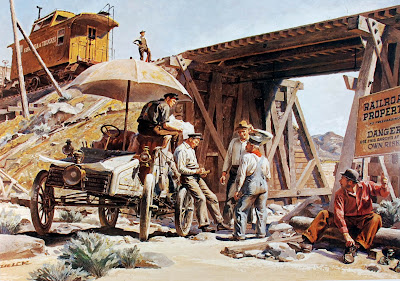 Peter Helck was also a successful gallery artist receiving many awards for his work. Throughout his career Helck travelled and painted the countryside in between his illustration assignments in Europe and America. 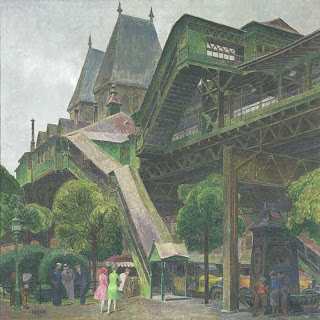 In 1944 Helck had the opportunity to satisfy his love of automobile racing and his art when Esquire approached him about painting a series of eight illustrations for ‘Great moments in American Sport’. The paintings were released as a set of prints and the originals toured the country promoted by the magazine. 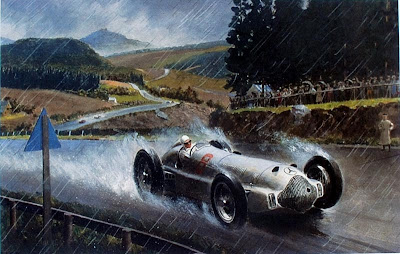 His success as an artist allowed him to collect automobiles, acquiring many famous historical racing cars including the 1906 Locomobile number 16 which won the Vanderbilt Race in 1908. He became acquainted with many of the drivers through his illustration assignments and acted as a strong supporter of the Veteran Motor Car Club of America with his work for the various periodicals Bulb Horn, Antique Automobile, Horseless Carriage. 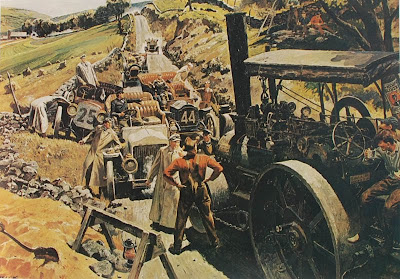 Helck was a founding member of the Famous Artists School in Westport, CT., working there in the first year with other notables including Austin Briggs, Fred Ludekens, Al Parker, Norman Rockwell, and Harold von Schmidt. Helck was later on the FAS faculty in Westport with Rube Goldberg and Al Capp. 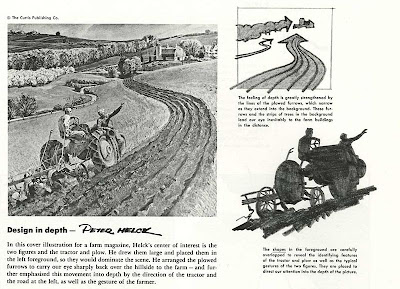 Each year the Automotive Fine Arts Society awards their prestigious peer voted award for excellence. This award is named the “Peter Helck Trophy.”
Helck was inducted into the Society of Illustrators hall of fame in 1968.

In 2006 a Helck painting would become the most expensive piece of automotive fine art ever sold at auction, gathering over $100,000 at the Pebble Beach Concours d’Elegance automotive event.
Peter Helck passed away in 1988. I would like to thank Timothy Helck for taking the time to correspond with me and allowing me to use the information posted on the Peter Helck site. I recommend visiting the site and reading Peter’s memoirs. Peter Helck is one of the true greats among American illustrators. 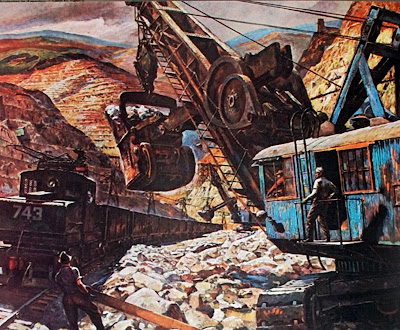 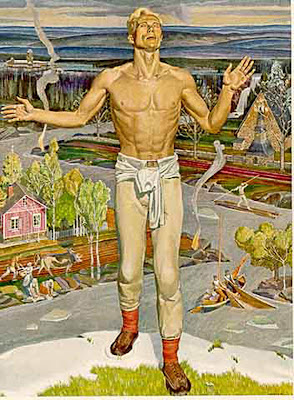 Quote
Cultivate a policy of knowing thoroughly as much as possible about the subject you are called upon to illustrate. The casual reader seems ever ready to take pen in hand to prove his powers of observation, and the lack of the same in the illustrator. ~Peter Helck