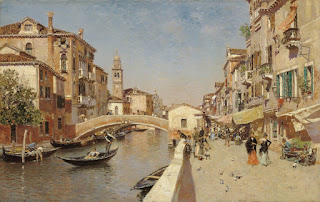 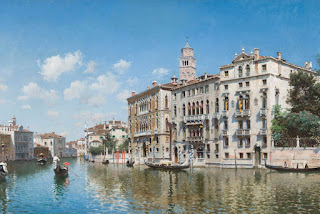 Martin Rico y Ortega was born in El Escorial, Madrid Spain in 1833. His early education was in Madrid at the Escuella de Bellas Artes des San Fernando. It was here he was influenced by his teacher Jenaro Perez Villaamil to work from life. He won a government scholarship to study in Paris France in 1860. In France he became friends with the Barbizon painter Charles Daubigny. In 1866 He won a silver medal at the Paris Salon. Ortega briefly returned to Spain during the outbreak of the Franco –Prussian War from 1870 to 1871. 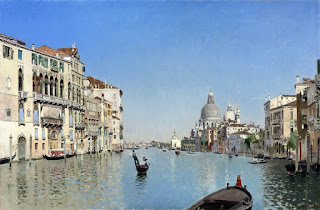 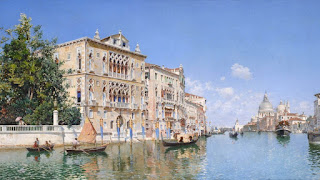 By 1878 he had returned to Paris and that same year he was awarded a bronze medal at the Exposition Universelle and was made a Chevalier of the Legion d’Honneur. By 1879 he was living permanently in Paris and spending his summers in Venice. His Venice work was painted outdoors often in gondolas or along the canals. In 1889 he was again awarded at the Exposition Universelle this time a silver medal. 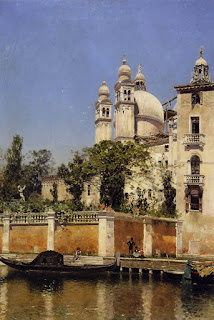 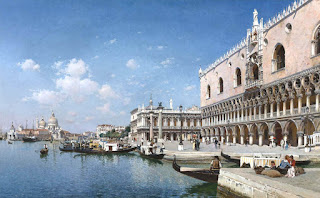 Though he painted and travelled throughout Europe, Ortega is most remembered for his beautiful light filled scenes of Venice. His works are a tour de force of precise landscape painting. Martin Rico Ortega died in Venice in 1908. 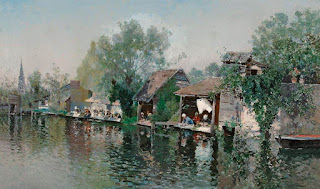 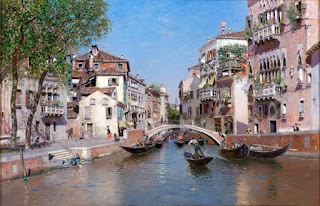 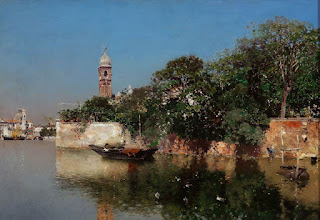 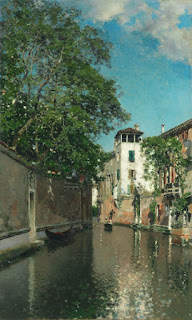