Laurits Regner Tuxen was born in Copenhagen in 1853 His father was the director of the naval dockyards there and Laurits was fascinated with the sea from an early age.  He entered the Royal Academy in Copenhagen at age 14 and very quickly was recognized for his abilities and rose to the top of his class. 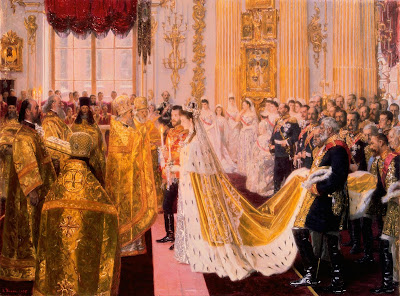 He wanted to be a Marine painter but was guided into figure painting because of his skill with portraits and became a successful court painter throughout Europe painting many pictures of royal families and weddings. There are twenty-seven paintings by Tuxen in the Royal Collection, Windsor. His work for the English court extended across the reigns of three monarchs: Queen Victoria, Edward VII and George V. 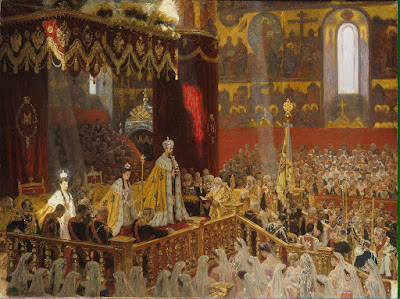 He started visiting the artists’ colony in Skagen around 1870.  He was good friends with the artists there, especially P. S. Kroyer and Michael Anchor. After the academy Laurits travelled to Paris and studied under Leon Bonnat at the Ecole des Beaux Arts. It was Bonnat that guided Laurits toward Naturalism.
. 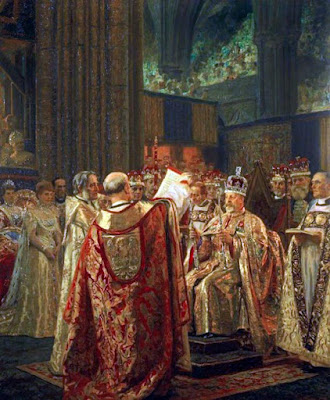 After embracing this new style Laurits work became freer in handling, lighter in tone and more colorful in his palette. making him very successful with patrons around Europe.  He maintained a residence in Paris and was in great demand for over thirty years. 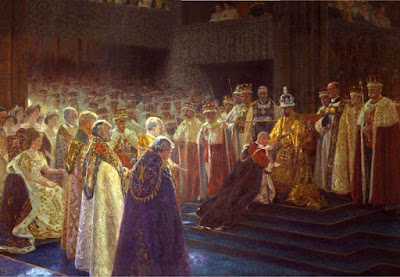 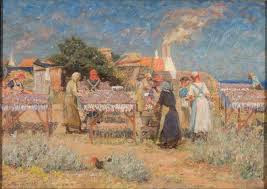 In 1880 he took a position as a professor at the school of artistic studies in Copenhagen. The school was founded to counteract the conservatism of the Royal Academy there and Tuxen was the first professor to introduce Naturalism to his students. 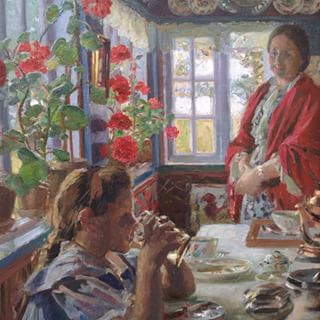 In 1886 he married Ursule de Baisiex and the couple had three daughters. Tragically in 1899 his wife and oldest daughter died from tuberculosis. In 1901 Laurits remarried Frederikke Treschow and they built a home in Skagen and Laurits and his family became a permanent member of the artists’ colony there. He was instrumental in the foundation of the Skagen museum. In Skagen he finally pursued marine and genre painting of local scenes and family and friends. Laurits Tuxen Died in 1927. 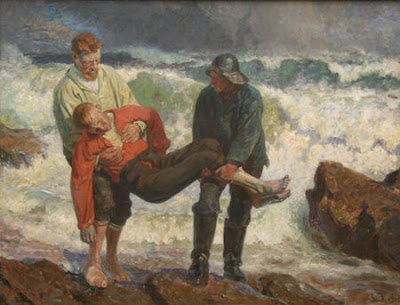 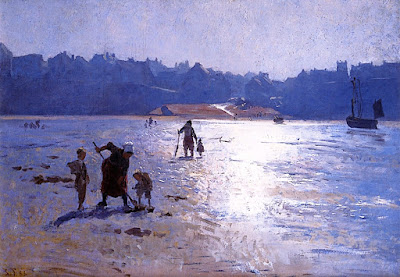