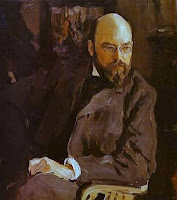 Ilya Semionovich Ostroukhov was born in 1858 in Moscow to a well to do merchant family. Ostroukhov was a primarily self-taught artist with no systematic formal art training. In 1880 at the age of 22 he took some private lessons from Alexander Kiseliov and then attended Ilya Repins Sunday evening drawing sessions. In 1886 he was an unregistered student at the Moscow College of Painting Sculpture and Architecture. 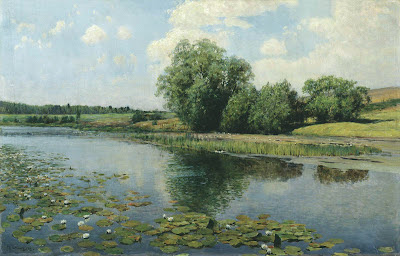 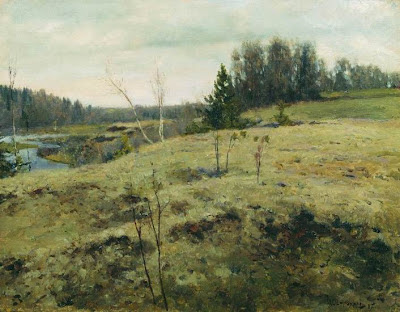 He participated in travelling exhibitions and joined the Society for Circulating Art Exhibitions in 1891.  The Society formed in 1870 was major democratic association of realist artists. 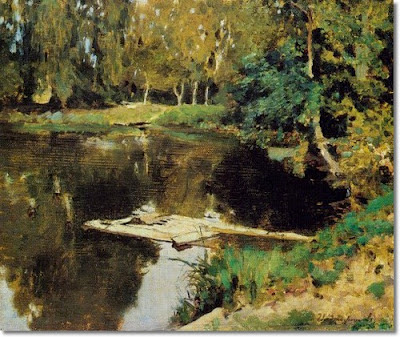 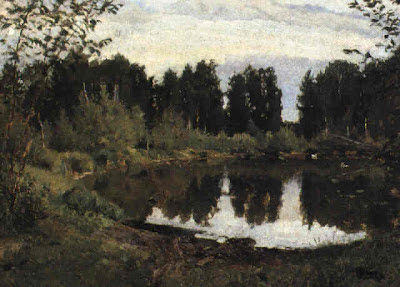 Its members became known as the Itinerants and the Society was made up of the majority of the most talented and progressive artists of the day in Russia. The members sought to popularize realist art and championed their movement as a force for cultural progress and a better life for all Russians. 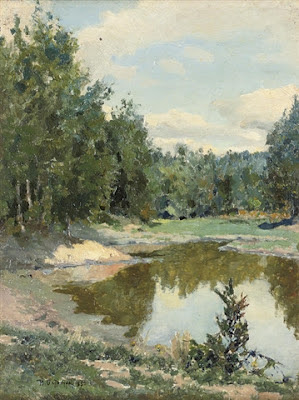 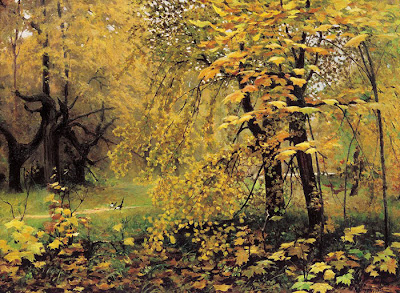 Ostroukhov focused his work on realistic but poetic landscape images of Central Russia. His most famous works were Golden Autumn 1886, Early Spring 1887 and The North Wind 1890 (the last three images in this article). 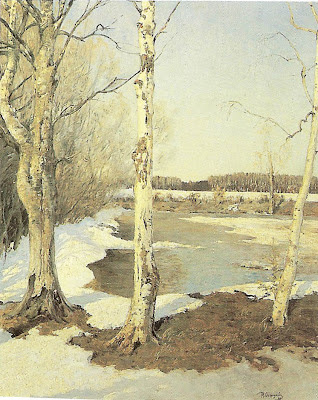 The north wind brought him critical acclaim and prominence in the art world.  He became a member of the board of the Tretyakov Gallery in Moscow from 1898 to 1913. He was the gallery administrator from1905. His affluence allowed him to collect art and his collection of Russian Masterworks was nationalized in 1917 after the October Revolution. Ostroukhov stayed on as the museum’s curator until his death in 1929 at the age of 71 years old. 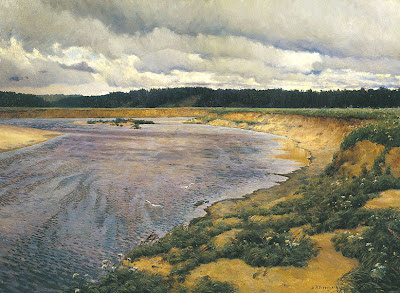