A hierarchy of forms is an important step in representational painting. Keeping the big forms apparent after the application of details is necessary for a successful painting. Primary, secondary and tertiary forms must preserve their relative importance. 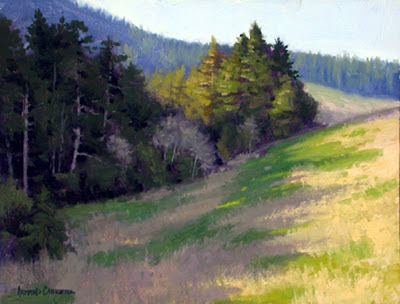 The idea for Primary forms is a simple one. At its root all forms have a base structure that shows the effects of the overall light and shape without any details. Painting this correctly gives a sense of volume and weight to everything. Seeing this imposed construction on natural objects helps nail down this effect from the very beginning of a painting or drawing and locks in the big idea for the image quickly. Often times this is overlooked for the details of an element which can ruin the significance of the object in the overall scene.

To quote Harvey Dunn, “You must make the main thing in your picture appear most important. If anyone tells me my hat is more important than my head –by God I’m taking off my hat.” 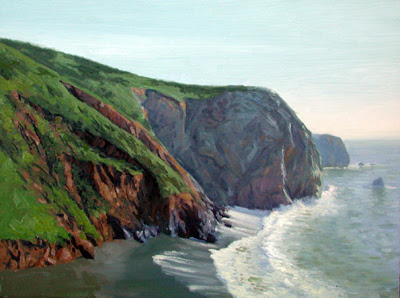 Secondary forms complement the primary form but never obscure it. An example in landscape painting would be a hillside of trees seen from a distance. The shape of the hill would be the primary form and the trees the secondary forms enhancing the character of the hill but not confusing its overall shape. It must always read as a hill. The way you would paint the light falling on the hill would be paramount and you would always subordinate the details of the trees to that effect. 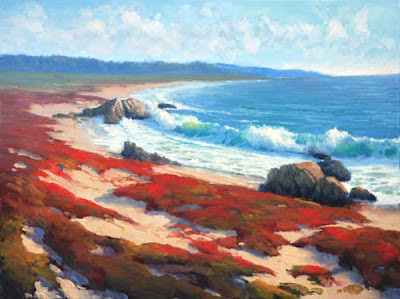 Tertiary forms would be the individual trees on the hillside; you may choose to add enough details to some of these to create interest for the viewer but again they should always compliment the larger forms not obliterate them.This idea applies to anything- portraits, still life, figures or landscapes and is an essential tool in preserving the sense of solidity in your pictures. 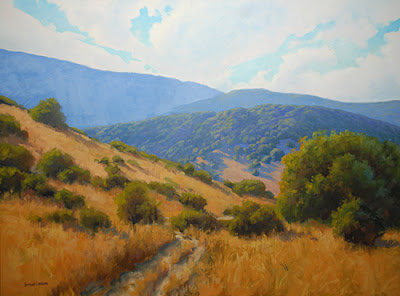 4 thoughts on “A Hierarchy of Forms”