Armand Cabrera
The Artist known as Gari Melchers was born Julius Garibaldi Melchers. He was named after an Italian patriot Giuseppi Garibaldi. Gari was born in 1860 in Detroit, Michigan. His father was Julius Melchers a sculptor, and he nurtured Gari’s interest in art.
At seventeen, Gari went to Dusseldorf to study painting at the Royal Prussian Academy of Art in Germany with Peter Johann Theodor Janssen and Eduard von Gebhardt. His studies focused on academic figure painting.

Following his study in Germany, Gari enrolled at the Ecole de Beaux-Arts and the Académie Julian in Paris in 1881, studying under Jules Lefebvre and Gustave Boulanger. In Paris, Gari adopted the style and motifs of the French Naturalist painters, specifically Jules Bastien-Lepage Lepage. His focus now was an unromantic view of contemporary peasant life. 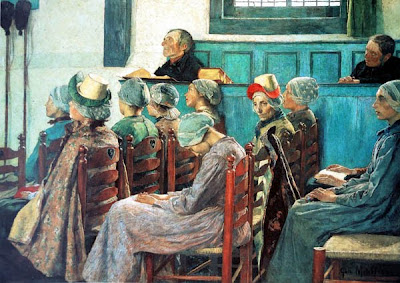 In 1884, Gari and American painter George Hitchcock travelled to Holland. The artists founded a studio and an art colony and painted scenes of Dutch peasants. Here Gari painted The Sermon, 1886 It received an honorable mention at the Paris Salon that year and a gold medal in Munich at the International Salon there in 1888 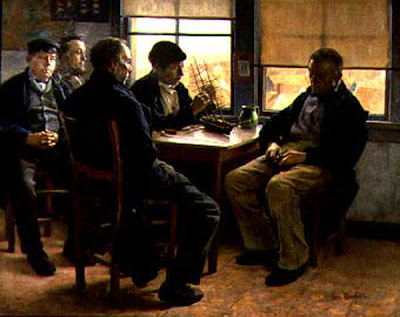 At the 1888 Salon in Paris, Melchers received a third class medal for The Pilots, securing his reputation as a chronicler of Dutch peasant life. 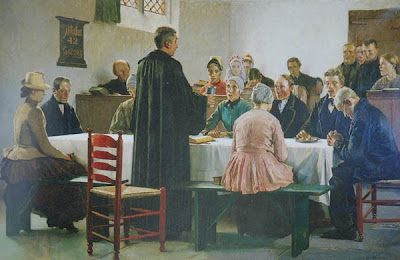 In 1889, Gari exhibited four paintings at the Salon in Paris. They were The Sermon, Pilots, Communion and Shepherdess he and John Singer Sargent became the first two American painters to be distinguished with a Grand Prize at the Paris Universal Exposition.

Back in the United States Gari painted murals for 1893 World’s Columbian Exposition in Chicago and Two Murals for the new Library of Congress in 1896 Peace and War. He also painted many portraits the upper echelons of American Society.

After 1900 Gari’s painting adopted the brighter palette and looser brushwork of the impressionist aesthetic. In 1909 he became professor of Art at the Grand Ducal Saxony School of Art in Weimar Germany until the outbreak of the first World War. 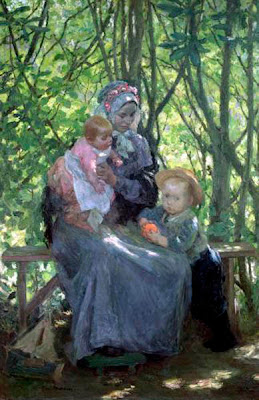 In 1915 Gari returned to the United States eventually buying Belmont, an eighteenth century estate in Falmouth, Virginia, near Fredericksburg. He was elected an academician of the National Academy of Design, a member of the American Academy of Arts and Letters and served as president of the New Society of Artists from 1920-1928. Gari was also named to the Virginia Art Commission, chaired the Smithsonian Commission to Establish what would become Smithsonian American Art Museum and was a trustee of the Corcoran Gallery of Art. Gari Melchers died in 1932. In 1942, the artist’s widow, Corinne Melchers, deeded the property and its collections to the Commonwealth of Virginia as a memorial to her husband. 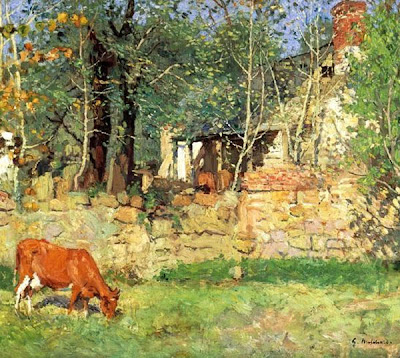 Gari Melchers, His Works in the Belmont Collection
B Joseph G. Dreiss
University Press of Virginia. 1984 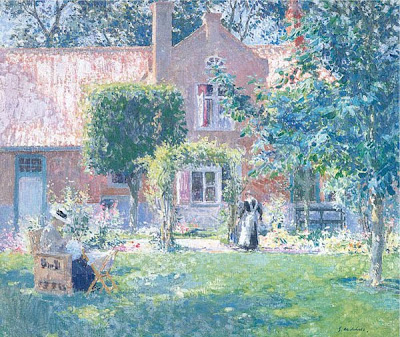