I needed a few days to process what I would say about Frank Frazetta who passed away on May 10th. I never knew the man. His biography is well documented but I thought I would say something about him anyway. The impact his art had on me as a child was huge and helped me to become an artist.

Frank Frazetta got me to read when I was 11. While I had read Jack London’s Call of the Wild and Treasure Island by Robert Louis Stevenson; I spent most of my days reading comics and playing with my friends. Like many people I bought Conan the Adventurer based on the stunning artwork for the cover. 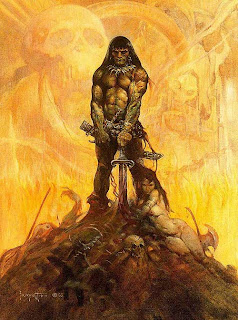 I had never heard of Robert E. Howard and did not know who Frazetta was but the cover sold me. Some things have a profound effect on us as children. These paintings were some of those things for me.
I continued to buy Conan books long after they were any good, based on Frazetta covers. When those ran out I bought books with whatever Frazetta artwork I could find. He had the ability to make the characters seem real. Frazetta’s Conan, John Carter and Tarzan were those characters for me; they were who I saw when I read those stories. The paintings were realistic and fantastic at the same time. The images he created are some of the most powerful fantasy images ever made. His work has influenced every aspect of fantasy media in the last forty years. 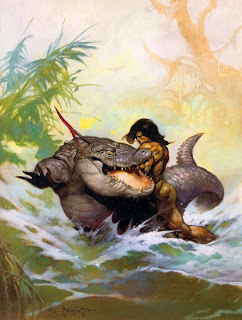 His paintings have a facile economy to them, Fred Astaire with a paint brush. Part of his magic lay in his ability to give you just enough information to be real without painting everything in a finished way to the edges of the canvas. The viewer is allowed to participate in the creation of the world in the painting. It was a lot harder to do than it looks. 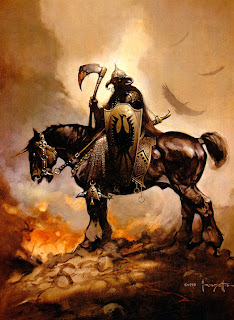 He had his influences from artist friends like Roy Krenkel and illustrators of the past like J. Allen St. John. He absorbed all of them and made them better and made them Frank Frazetta. Most of the illustrators I know got into the field because of Frazetta; he was the artist’s artist. Drawing ability, color, design; he had it all.

He changed how artists worked in the field of publishing. He made the world a better place for artists, even those that didn’t have his talent. Frazetta with his ability demanded the return of his work, the right to keep and sell his originals and the rights to the images. He built an empire around his work, selling books of just his fantasy art, calendars and posters. 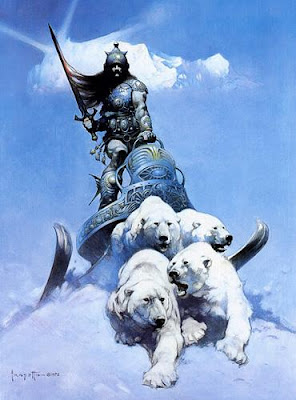 Frank Frazetta’s death marks the end of an era. Often imitated never surpassed, Frazetta set the high bar for fantasy art like some 500 year creative flood never to be repeated in our lifetimes. He will be missed. 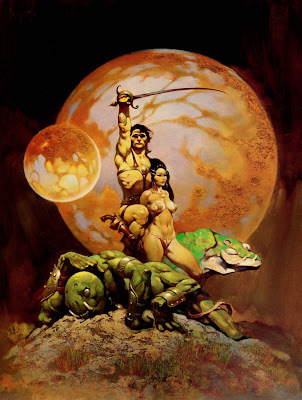