Donald Teague was born in Brooklyn New York in 1897. After high school he studied watercolor briefly at the Pratt Institute before attended more extensive studies at the Art Students League under George Bridgman and Frank Vincent Dumond. In 1918 Teague served in the Navy at the end of World War 1 On his return to the states he continued his studies at the Art Students League and met and was helped by Dean Cornwell. Teague credit Cornwell as having the most influence on him as an illustrator.

Teague landed his first illustration job in 1921. HE received his first assignment for the Saturday Evening Post in 1923. After the Post he quickly gained recognition and began working for Colliers, McCall’s, American and Women’s home Companion. The work helped him to meet and friend many other illustrators of the day. Teague became friendly with Harrison Cady, Harvey Dunn, N.C. Wyeth, Mead Schaeffer ,Norman Rockwell and Tom Lovell just to name a few. 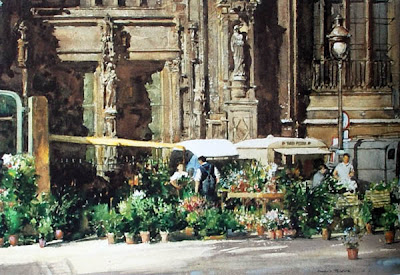 In 1927 Teague moved to London and rented a studio in Chelsea. He met Frank Brangwyn and Norman Wilkinson. Teague Studied watercolor and marine painting with Wilkinson. After returning to New York it was a meeting with Henry Quinan the editor of Colliers Magazine. Quinan encouraged Teague to focus exclusively on Watercolor’s promising him all the work he could handle. It was a pivotal point in Teague’s career and helped to establish him as one of the premier watercolorists of the 20th century. 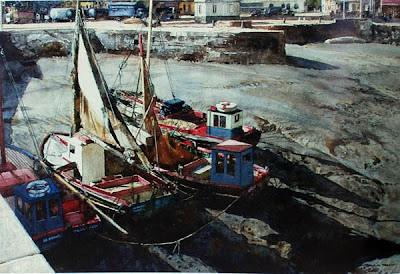 As his success continued Teague continued to travel the world in between his magazine assignments. In 1937 he sailed the world going from Brooklyn to Cape Town on a cargo ship and then continuing to Zanzibar, Mombasa, Singapore, Bali and finally returning home. Teague painted all along the way completing hundreds of watercolor sketches. 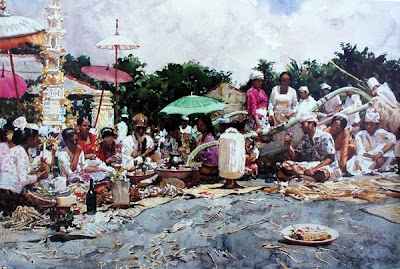 His family had always vacationed at a ranch in Colorado Which instilled a love of western themes in the young Teague. When Teague met and Married his wife Verna, the two moved to Encino California. Encino was the center for western work for Hollywood. From Encino Teague was surrounded by cowboys and ranch life; all of which added authenticity to his illustration assignments featuring western themes. 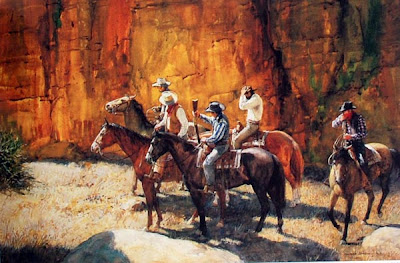 In 1949 The Teague family moved to Carmel. In Carmel Teague continued working at an illustrator but also had branched out into national art shows where he had won awards for his watercolors. In 1958 when Colliers stopped publishing Teague left illustration to concentrate on landscape paintings in watercolor. His timing was perfect and immediately became a successful gallery artist. 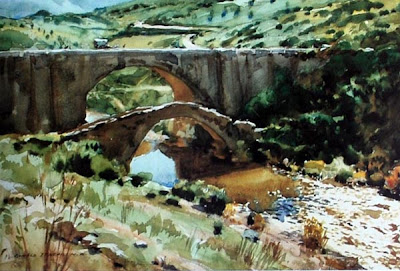 Teague went on to win many awards including gold medals from the American Watercolor Society and Gold medals for Western Art from the Franklin Mint. In 1969 he joined the Cowboy Artists of America where he won three gold medals and two silver medals. Teague was also a member of the National Academy of Design The National Academy of Western Art and The National Watercolor Society. =His work is part of the permanent collections in The Eiteljorg Museum in Indianapolis Indiana, the Gilcrease Museum in Tulsa Oklahoma and The National Cowboy and Western Heritage Museum in Oklahoma City Oklahoma. Donald Teague passed away in 1991. 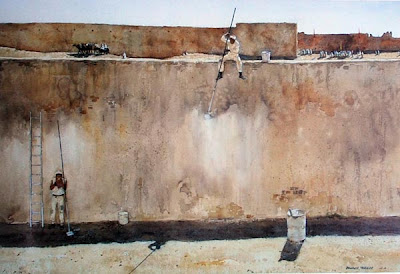 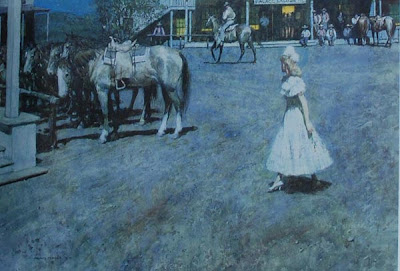 There is always someone who comes up with a new angle on time tried landscape subjects, an arresting arrangement of familiar objects or a different aspect of a figure subject which stops the viewer on his tour of an exhibition. I suggest that those things are arrived at by more acute observation, by an increased awareness of the possibilities involved in any subject, but most of all by the process of good solid cerebration combined with an intense emotional reaction.~ Donald Teague 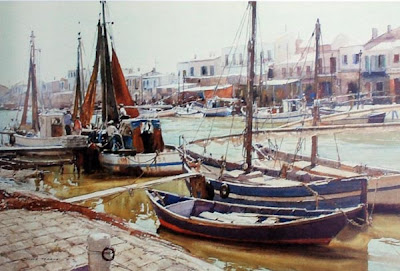