These are the last notes on Dean Cornwell I am posting. I’m sure I’ll find an excuse to bring him up on the blog again, but until then enjoy. 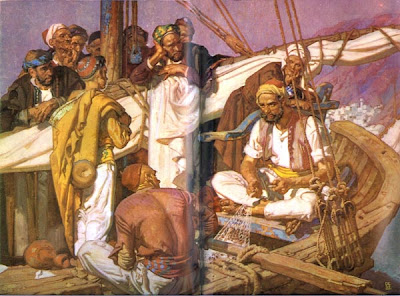 One thing I do not believe that any museum curator or board of directors has the right with taxpayer’s money to take it upon him or themselves to select what they think the Public must accept as the best contemporary art.

I do not believe in art criticism or art critics- I do not wish to throw anybody out of a job but they should confine their columns to factual reviews, pointing out what comprises “so and so’s exhibition, the medium used, and where they’re hung, if someone reading the paper decides they would like to see some western pictures, they can see them by attending the show, form their own opinions and buy if they like. 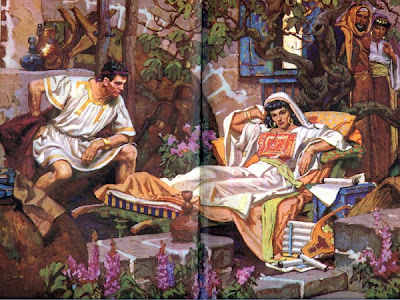 The Romans and Greeks felt it incumbent on themselves to preserve historical events in representation; not only their military victories but the simple facts of their everyday life. From their sculpture, mosaics and frescoes we have today a complete lucid picture of their life 2000 odd years ago. Art should be so truly of this character that if New York were to be buried in cinders tomorrow, those digging their way in 2000 years hence would know all about us.

The Parthenon Frieze is over 300 feet long, depicts a day of the Panathenaca Festival, and represents the men women and children, old and young- in procession to the Acropolis; it is also a very definite decorative part of the architecture of the building. 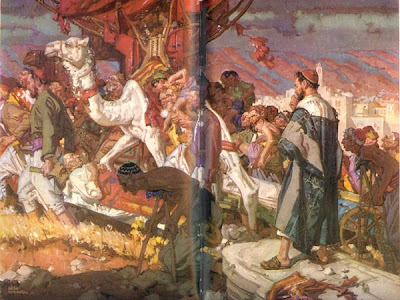 Withdraw WPA support and most, if left to living on their sale of work, would go back to the trade they followed when someone made the cry of “come on boys, here’s a chance to get a living at the government’s expense”.

Someone painted a President Garfield House with much scroll saw work and a mansard roof-500 followed Someone also painted the 6th avenue El Station at 14th Street, and 500 of these followed, to say nothing of the scenes inside adjacent pants factories.

A group living in the clean air of the Wild West started painting farm life with carefully drawn furrows and geometrically laid out rows of corn shocks and very, very round trees bordering these fields, in the meticulous manner of the 14th century Dutch and Italians. Along with the Midwest Farm School, the 14th Street School specialized in subway elevated stations, pants factories, in a not too meticulous technical manner, due partly perhaps to the fact that crowds of people are harder to paint then round trees and shocks of corn. This excited everyone so the sand and lime industry did a rushing business, every cellar wall serving as a laboratory for fresco experiments. Classes were formed coast to coast.
The Mexican influence was like onions or garlic- it permeated everything. Pictures of pants factories and subway stations began to be filled with people that looked like Mexicans. The art formula now was for and of the people- everyone portrayed must be tired, down trodden, always bending under the burden-taking whip lashes on the back. Someone commented everyone is bending over to pick up a bundle. In other words one of Rivera’s best known frescoes showed sad tired undraped peons all bending down to gather huge bundles of sugar cane while mounted guards rested high powered rifles across their laps. The New York School did 500 pictures of tired underfed workers bending over huge bundles of pants in a sweat shop 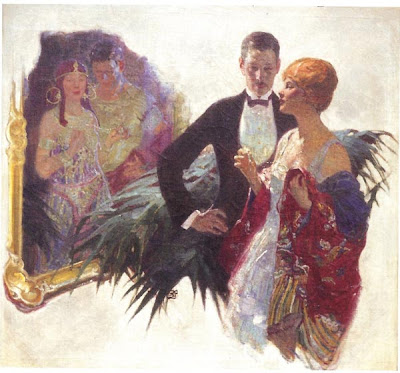 Someone thankfully decreed a few years back that we Americans stop going to Brittany to paint the red sails in the Sunlight of the sardine boats. Stop painting devitalized allegorical nudes flying through clouds, scattering roses as the typical subject for all mural painting. In other words, to paint THE AMERICAN SCENE… take our subjects from about us-Grand! Fine! Glorious! 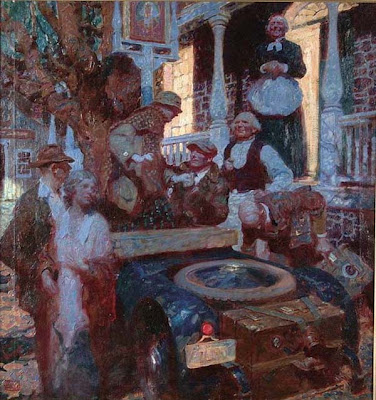