Adolphe William Bouguereau was born in 1825 in La Rochelle. He was the son of a wine merchant. At sixteen his father allowed him to attend art school as long as his son paid his own expenses. Bouguereau took a job as a book keeper and also made labels for local grocers. After two years of study Bouguereau entered a local art competition and won first prize. With help from his Uncle who was a priest, Bouguereau was commissioned to paint portraits for wealthy landowners of the parish. Bouguereau painted 33 portraits in his first three months. 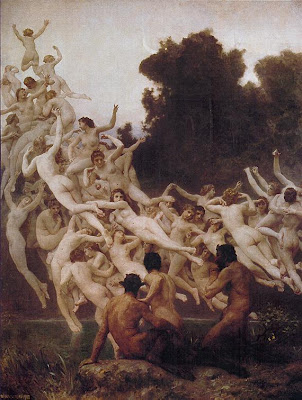 In 1847 Ecole Competitions Bouguereau garnered four medals on for perspective and three for figure work. 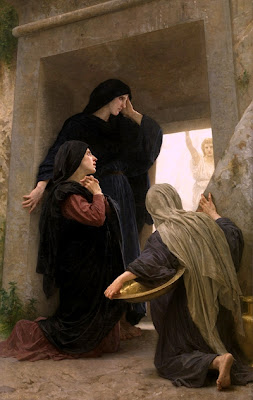 In 1848 Bouguereau joined the Monarchy to help contain the civil uprising that had broken out. That same year he won one of two Grand Prix awards.

In 1850 he receives the Prix De Rome which allows him to study in Italy for three years. In Italy Bouguereau refined his technique by copying master paintings and sketching the people and countryside.

On his return to France Bouguereau resumed entering exhibitions. The state purchased Triumph of the Martyr from him in 1855. 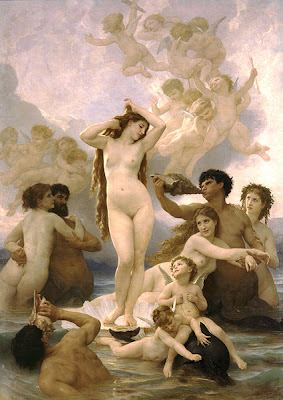 In 1856 Bouguereau received one of his most important commissions Napoleon III visiting The Flood Victims of Tarascon. For this commission he was paid 5000 gold francs. He was also married to Marie Nelly Monchablon later that year.

In 1875 he took a teaching post at the Academie Julian and in 1881 became its director. He held this office until his death. Bouguereau moved his family to a house he had built in a Paris neighborhood. Here he stayed and worked until the outbreak of the Franco Prussian War. He moved his family to Brittany for safety but he stayed through the siege of Paris and its surrender. The siege was followed by the Communard insurrection against the formal French Government and as many as twenty thousand died in the city.

Bouguereau suffered many personal tragedies in his life; four of his five children died and his wife died at the age of forty. 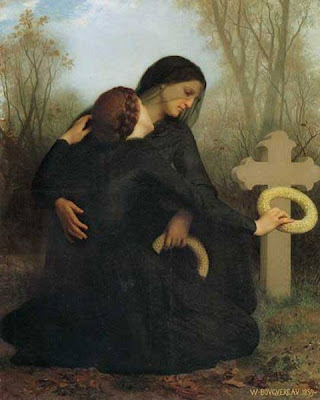 He began a relationship with one of his students Elizabeth Gardner but he did not marry her until after his mother’s death. His mother had objected to their relationship and so they postponed a formal marriage until 1896.
Bouguereau was extremely successful during his lifetime he was honored with many awards. He was also vilified by younger generations of artists that rejected his focus on a high degree of finish and skilled drawing. This did not stop him from working at subjects that others found shallow or overly sentamental.

There has been much made about the style of modern art as a response to war but I think one could make the case for Bouguereau and his art as an equally valid response. His art was a refuge from what must have been for him a sad, painful personal life, burying almost all of his children and then his wife at a relatively young age. During these times his religious faith sustained him and he worked. In this context his art makes sense and I can’t help but see it as a need to make the world a beautiful place in some small way after experiencing so much tragedy.
Adolphe William Bouguereau died august 19th 1905. 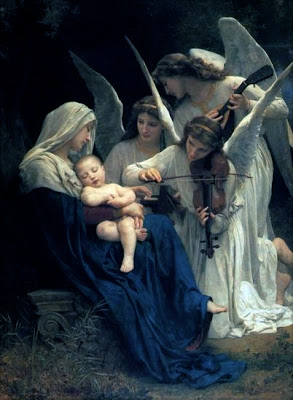 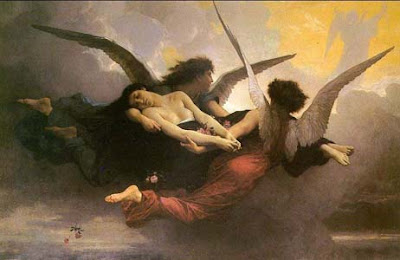